Vancouver, Canada, June 23, 2021 (GLOBE NEWSWIRE) — Oroco Resource Corp. (TSX-V: OCO, US: ORRCF) (“Oroco” or “the Company”) is pleased to announce that it has received approval from the Chihuahua State and Sinaloa State offices of the Mexican Secretariat of Environment and Natural Resources (“SEMERNAT”) to conduct drill programs from a collective 55 approved drill locations in the Brasiles Zone and the North Zone of its Santo Tomas Project.  While initial plans are for one hole per location, if warranted by results, the Company will be able to target different areas of the zone with multiple holes per location.

The Sinaloa State SEMERNAT office has approved a non-environmental impact 9 drill location program in the North Zone which is intended to confirm and expand the historical North Zone resource.  While this approval does not allow for the construction of new roads, the deployment of light, highly portable drill rigs with helicopter support will offset this restriction.  During this initial program, the Company will pursue the unified environmental impact assessment and change of land use permit, as recommended by SEMERNAT, which will allow for the construction of access roads, more drill locations and supporting infrastructure throughout the North Zone.

The Company will now proceed to install water storage and distribution facilities to support the drilling at the Brasiles and North Zones and will shortly mobilize drill equipment to commence the drill programs.

“We are very pleased with the cooperation and support we have received from the Sinaloa and Chihuahua offices of SEMERNAT” stated Ian Graham, the Company’s President.  “We see this positive relationship as integral to the success of the Santo Tomas Project.”

The Company holds a net 73.2% interest in the collective 1,172.9 ha Core Concessions of the Santo Tomas Project in NW Mexico.  The Company also holds a 77.5% interest in 7,807.9 ha of mineral concessions surrounding and adjacent to the Core Concessions (for a total project area of 22,192 acres).  The Project is situated within the Santo Tomas District, which extends from Santo Tomas up to the Jinchuan Group’s Bahuerachi project, approximately 14 km to the north-east.  Santo Tomas hosts a significant copper porphyry deposit defined by prior exploration spanning the period from 1968 to 1994. During that time, the property was tested by over 100 diamond and reverse circulation drill holes, totaling approximately 30,000 meters. Based on data generated by these drill programs, a historical Prefeasibility Study was completed by Bateman Engineering Inc. in 1994. 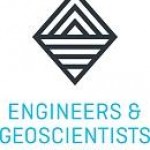