MONTREAL, Dec. 18, 2019 (GLOBE NEWSWIRE) — Osisko Metals Incorporated (the “Corporation” or “Osisko Metals“) (TSX-V: OM; OTCQX: OMZNF, FRANKFURT: 0B51) is pleased to announce that it has completed the acquisition of 100% interest in Karst Investments LLC (“Karst“), whose only asset prior to the completion of the acquisition by Osisko Metals was a 3% net smelter return royalty (the “Pine Point NSR”) on the mineral claims and leases comprising the Pine Point zinc-lead project (the “Pine Point Project”). The Pine Point Project is 100% owned by a wholly owned subsidiary of the Corporation. As announced previously, in consideration for the acquisition of Karst, Osisko Metals has paid the sellers US$8.5 million in cash and issued 2 million common shares of the Corporation. The shares issued to the sellers as part of the purchase price are subject to the standard four-month holding period.
As previously announced in its December 3, 2019 news release, the Corporation and Osisko Gold Royalties Ltd. (“Osisko Gold Royalties”) have entered into a binding term sheet pursuant to which the Corporation will sell to Osisko Gold Royalties one half of the Pine Point NSR constituting 1.5% net smelter returns royalty on the Pine Point Project, in consideration for C$6.5M, the granting of the right of first Offer to Osisko Gold Royalties on any future sales of royalties or equivalent interests in the Pine Point Project, and granting to Osisko Gold Royalties a continuing senior secured interest and first priority mortgage on the Pine Point Project as security for the Corporation’s obligations in respect of the one half of the Pine Point NSR which will be acquired by Osisko Gold Royalties (the “OGR NSR Sale”).In addition, in connection with the proposed OGR NSR Sale, Osisko Gold Royalties has subscribed for 14,000,000 common shares and 3,500,000 common shares purchase warrants of the Corporation in the private placement of the Corporation that closed on December 12, 2019 and the details of which are described in December 12, 2019 news release of the Corporation.Mr. Robert Wares, Executive Chairman of Osisko Metals, commented; “We are very happy to have concluded the Karst transaction and acquired the only outstanding royalty on the Pine Point Project. With the simultaneous equity and royalty deal with Osisko Gold Royalties, we have unencumbered the royalty on the Pine Point Project by 50% while leaving money on the table for Osisko Metals. We look forward to developing this outstanding Canadian zinc-lead project.”About Osisko MetalsOsisko Metals Incorporated is a Canadian exploration and development company creating value in the base metal space with a focus on zinc mineral assets. The Company controls Canada’s two premier zinc mining camps. The Company’s flagship projects are: 1) the Pine Point Mining Camp (“PPMC”), located in the Northwest Territories, has an Inferred Mineral Resource of 52.4 Mt grading 4.64% zinc and 1.83% lead (6.47% ZnEq), making it the largest pit-constrained zinc resource in North America; 2) The Bathurst Mining Camp (“BMC”), located in northern New Brunswick, has Indicated Mineral Resources of 1.96 Mt grading 5.77% zinc, 2.38% lead, 0.22% copper and 68.9g/t silver (9.00% ZnEq) and Inferred Mineral Resources of 3.85 Mt grading 5.34% zinc, 1.49% lead, 0.32% copper and 47.7 g/t silver (7.96% ZnEq) in the Key Anacon and Gilmour South deposits. In 2019, the Company will continue to develop these projects in order to upgrade and grow resources. The Company is also active in Quebec where it is advancing multiple base metal exploration projects. The Inferred Mineral Resource Estimate mentioned in this press release conforms to National Instrument 43-101 standards and were prepared by independent qualified persons, as defined by NI-43 101 guidelines. The above-mentioned mineral resources are not mineral reserves, as they do not have demonstrated economic viability. The quantity and grade of the reported Inferred Mineral Resources are conceptual in nature and are estimated based on limited geological evidence and sampling. Geological evidence is sufficient to imply but not verify geological, grade and/or quality continuity.For further information on Osisko Metals, visit www.osiskometals.com or contact:Paul Dumas
Executive VP, Finance
Osisko Metals Incorporated
(514) 861-4441
Email: [email protected]
www.osiskometals.com Cautionary Statement on Forward-Looking InformationThis news release contains “forward-looking information” within the meaning of applicable Canadian securities legislation based on expectations, estimates and projections as at the date of this news release. Forward-looking information involves risks, uncertainties and other factors that could cause actual events, results, performance, prospects and opportunities to differ materially from those expressed or implied by such forward-looking information. Forward-looking information in this news release includes, but is not limited to, the timing and ability of the Corporation, if at all, to enter into a definitive purchase agreement with Osisko Gold Royalties and its owners providing for the OGR NSR Sale; the timing and ability of the Corporation, if at all, to satisfy the closing conditions to the OGR NSR Sale, including the final of the TSX Venture Exchange; objectives, goals or future plans. Factors that could cause actual results to differ materially from such forward-looking information include, but are not limited to, changes in equity markets; inflation; fluctuations in commodity prices; the other risks involved in completing transactions on the terms announced; and those risks set out in the Corporation’s public documents filed on SEDAR at www.sedar.com. Although the Corporation believes that the assumptions and factors used in preparing the forward-looking information in this news release are reasonable, undue reliance should not be placed on such information, which only applies as of the date of this news release, and no assurance can be given that such events will occur in the disclosed time frames or at all. The Corporation disclaims any intention or obligation to update or revise any forward-looking information, whether as a result of new information, future events or otherwise, other than as required by law.Neither the TSX Venture Exchange nor its Regulation Services Provider (as that term is defined in the policies of the TSX Venture Exchange) accepts responsibility for the adequacy or accuracy of this news release. No stock exchange, securities commission or other regulatory authority has approved or disapproved the information contained herein.
CBJ Newsmakers 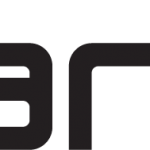 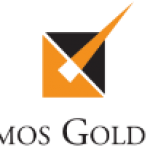