Touted as one of the most comprehensively innovative transportation infrastructures in the world, Ottawa’s O-Train Confederation Line is being designed to completely transform the city’s economic and environmental efficiencies for businesses, residents, visitors and government officials for decades to come.The $2.1 billion, 12.5km Stage One portion of the project is expected to be completed in time for civilian use in May of 2018.

The idea behind the O-Train Confederation Line began in 2008 with the Mayor’s Transportation Task Force, which aided in informing the city’s version of the 2008 Transportation Master Plan. It spoke of an east-west light rail with a downtown tunnel. The need for such discussions arose out of the intense congestion plaguing the downtown core and surrounding areas. The following term of city council that began in 2010 pushed forward with the O-Train Confederation Line, taking what had been an idea and a concept and pushing it forward with sufficient funding. The line was approved unanimously by the City Council on December 19, 2012 after many years of debate on a rapid transit network for the city.

“From my office, looking out the window I can see over to the Rideau Centre and everyday from about 3:30pm until about 6pm there’s a constant line of buses,” Egli remarks. “We just don’t have any more roadway and buses to use at that time of day; we’re at the saturation point.

The city is not getting any smaller with a population now at about 1 million.”

This new Light Rail Transit line is receiving many plaudits and lots of attention thanks to the innovative approach being taken.  A number of transportation experts have said it will be a state-of-the-art system and one likely to be copied by other large metropolitan cities in both Canada and the United States. The O-Train Confederation Line is generating $3.2 billion in direct economic activity for the city.

“Ottawa has always been a leader in mass transit and that goes back to the Transitway, which was well ahead of its time,” Egli says. “One of the things that LRT does is that it involves some conversion of the Transitway so it’s using some infrastructure already in place. It’s helped make the LRT installation a simpler process, although it is still quite complex.”

In Stage One there will be 13 stations, including three underground in the 2.5km tunnel, which is now well beyond 50% completed. The proposed second stage will add approximately 30km of new rail and 19 new stations to Ottawa’s O-Train system, the city’s overall Light Rail Transit (LRT) network to expand it farther to the east, west and the south.  Stage Two will ultimately bring close to 70% of the city’s population within five kilometres of rail transit by 2023.  The trains are being supplied by Alstom with final assembly in Ottawa and are called Citadis Spirit. The trains will be kept in a large maintenance and storage facility where any necessary upgrades or repairs can be done.  Thales Canada is supplying the train control system.

A flush entrance way onto the train will be provided from each platform, making it easy for those with disabilities to enter or exit through big wide open doors as well as those bringing on strollers and bicycles. Inside there will be spacious, wide aisles. There is no denying that light rail is becoming a lot more popular due to their energy efficiency and noticeable reduction in air and noise pollution. There are also the obvious advantages over a bus, such as not having to stop for lights, intersection signs or daily congestion found on the roadways.

In Europe there are cities where these types of new trains are run right through the centre of town, coming within a matter of metres of some outdoor cafes. They are catching on everywhere because it’s viewed as a far more responsible and sustainable way of moving people through public transit.

Stage One of this major project is scheduled for completion in May 2018 but Egli hopes to see an earlier pilot run to work out any of the kinks.
“The goal is to have some capacity to run the train in 2017 to make sure that everything is working fine,” he says. “We hope to be able to offer rides to people who will be in town for the nation’s 150th anniversary in 2017.”

The O-Train Confederation Line’s significance to the city’s economy, beyond the line’s construction, cannot be overstated. It will allow for improved travel from many parts of the city, cutting down on journey times from Tunney’s Pasture Station to Blair Station to less than 24 minutes. To those not as familiar with Ottawa: these are the bookend stations of the 12.5km Confederation Line, which will run through the heart of the city in a more reliable and quicker fashion than the public transit system has ever known.

“The Confederation Line is the biggest infrastructure project in the city of Ottawa since the construction of the Rideau Canal,” says Mayor Jim Watson. “It is generating $3.2 billion in direct economic activity and 20,000 person years of employment during construction alone – including $240 million in local investment in 2013 and $360 million in 2014.”

The enthusiasm and excitement from the local community builds with each passing day.

“I hear daily from local business owners about how excited they are for our light rail system to be up and running and from commuters eager to travel by rail,” Watson continues. “We are already recognized nationally and internationally as a sustainable city but the connectivity brought by light rail will make us more so and that high quality of life is one of our city’s key selling points to both families wanting to live here and businesses wanting to grow here.”

Of note, this project is based on a P3 model – a public-private partnership. These types of alliances are gaining a lot of traction for many projects in Canada, and with good cause. Building such colossal infrastructure projects now and in the future will require expertise from a number of government and private enterprises.

“So far it has worked really well,” Egli confirms. “Both the province and the federal government have been very supportive of LRT Phase One.  We’re in the process of gearing up for Stage Two including environmental assessments over potential routes and of course the funding that will come from both levels of government.”

Forward-thinking government bodies see the common sense in moving to this type of LRT system from an efficiency and environmental standpoint. Such colossal projects require integrated working relationships between the various levels of government and the private sector.

“One of the nice things about working with the private sector is they bring a different type of expertise to the table,” Egli says.  “We used a model whereby we had a fixed price for the delivery of all aspects of the system so that would include the tunnel, civil work and the vehicles.”

Rideau Transit Group (RTG) is a consortium of companies, led by the likes of SNC-Lavalin, Ellis-Don, ACS Infrastructure of Spain and Dragados Canada I.t is this multi-national consortium that the City of Ottawa awarded the Design-Build-Finance-Maintain contract to create this all-important transportation system.

“RTG is required to maintain the system for 30 years,” Egli reveals. “They want to build it right because they are going to be taking care of it so it creates a real synergy and partnership. Everybody has a piece of the pie in the project.  The more ownership people have in the process the more apt they will be to show their expertise.  So far, it’s been a very positive process.  As we move forward to Stage Two we are certain that will be beneficial as well.”

The final funding formula still needs to be completed for Stage Two. There is great optimism in that regard.

The project has received accolades and excellent feedback. Ontario Premier Kathleen Wynne has committed the Province to funding Phase 2 of the LRT project. Minister Pierre Poilievre, who just recently took over as the minister responsible for the NCC (National Capital Commission), made a promise that Ottawa would get its fair share of funding moving forward with Stage Two.

Ottawa doesn’t have the capacity to add more buses to its roads so city planners had to find different ways to accommodate a growing city.

Building a tunnel is expensive and complex in terms of the engineering, which is why the city reached out to the different levels of government and the private sector. Ottawa in and of itself did not have the capacity to build a railway.

“We need those partnerships and to bring in outside expertise,” Egli states.

Hundreds of millions of dollars have been invested in local Ottawa companies, providing a tremendous economic boost for many businesses both large and small. About 20,000 people have been employed during the construction phase.

“We’ve been very lucky in being able to create a lot of jobs both in the construction and in the operations of this project.

Locally we’ve got companies like Taggart and Tomlinson and Greenbelt Construction and Black & MacDonald,” Egli remarks.

The overall name of Ottawa’s rail system is called the “O-Train”, while the name “Confederation Line” is used to identify the east-west line and

“Trillium Line” is used to identify the north-south line. The master plan is to work in unison with the Bus Rapid Transit (BRT) resulting in the seamless integration of services in order to provide the best public transportation system possible.

At peak times during morning and afternoon rush hours, the trains are expected to run every three and a half minutes. The trains will consist of two compartment cars, each of which can hold 300 people.

“Our hope is to create transit hubs. We’re trying to integrate retail into some of the stations and encourage development of condominiums or apartment towers,” Egli remarks.

An LRT line serves as a catalyst for economic development around it as neighbourhoods and communities sprout up along the way. People and businesses want to feel connected with the core, and public transit is an exceptional way to accomplish that goal.

It’s projected that Stage Two will be completed by 2023, but it’s all contingent on obtaining the necessary funding and finalizing various business and environmental assessments.

“We’re hoping to be in a position to do a funding ask for Phase Two sometime this year. When Phase One goes into effect it will have the capacity of moving 11,000 people per hour. Future expansion would be able to handle 24,000 per hour per day,” Egli reveals.

Each train will be comprised of two cars, so there will be the capability of moving a capacity of 600 people at any given time.

“It’s a really exciting time in the city. We just finished our city elections in 2014 and a main issue at the mayoral level was competing ideas about what Stage Two should look like,” Egli adds. “Mayor Watson won with about 74 or 76% of the vote. I think that shows the people of the city are hungry for this and we’ve generated a lot of momentum from it.”

The uniqueness about Ottawa is that it’s hometown to a lot of people but as the nation’s capital it’s also hometown to the entire country.

“We want people from Corner Brook or Nunavut or Vancouver or wherever they are coming from to see us put our best foot forward and the LRT will help that in a very significant way,” Egli says. 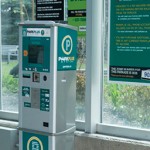 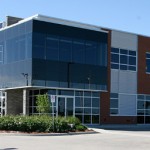