CBJ — Embattled Chinese telecom giant Huawei has taken another direct hit to its credibility on word that London’s Oxford University is suspending research grants .  A halt has been placed on accepting the donations due to mounting security concerns about the company’s business ethics.

Huawei has already effectively been shut out in the United States due to concerns its technology poses a cybersecurity risk. It’s now facing increasing scrutiny in Europe, where it has been expected to play a significant role in building new fifth-generation mobile networks.

There are allegations against Huawei that there may be a “backdoor” capability to access users’ phones and thus be able to infiltrate the information on their person and/or work devices; some of that information could be confidential and classified. Chinese companies are never more than an arms-length distance from the Chinese government.

The well-known British university decided on January 8 that “it will not pursue new funding opportunities” with Huawei or related companies, it said in a statement. Two existing research projects will continue.

China has also threatened Canada that there will be repercussions if it opts out of allowing Huawei access to market with its 5G technology rollout. 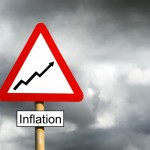