VANCOUVER, British Columbia, July 13, 2021 (GLOBE NEWSWIRE) — P2 Gold Inc. (“P2” or the “Company”) (TSX-V:PGLD) reports that drilling has commenced at its BAM Property in British Columbia. BAM is located in the heart of the Golden Triangle, approximately 150 kilometers northwest of the town of Stewart, with the Galore Creek Project access road passing less than two kilometers to the south of the property.

Field work began in late June with a focus on the Monarch Gold Zone and Jan Copper Zone. Initial work included detailed mapping and sampling while the drill pads were being constructed. A diamond drill has now been mobilized to site and drilling is underway.   The approximately 1,000-meter drill program will test Induced Polarization (“IP”) anomaly targets within the Monarch Gold Zone that are coincident with gold-in-soil anomalies grading up to 5.7 grams per tonne gold. The program has been planned to test several areas within the Monarch Gold Zone covering a combined strike length of 800 meters.

A ground geophysics crew has also mobilized to site to complete approximately 10-line kilometers of IP survey as a follow-up to last year’s regional program. This year’s work will focus on the Monarch Gold and Jan Copper zones.

Drill results will be reported on receipt. For further details on the BAM Property please see www.p2gold.com/projects/british-columbia/bam.

The Company also reports that, subject to regulatory approval, it has signed an option agreement with an arm’s-length private vendor to acquire up to a 100% interest in the Natlan Property located in northwest British Columbia.

The Natlan Property consists of 10 mineral tenures that cover an area of over 15,000 hectares, located approximately 30 kilometers northeast of Hazelton, BC and 65 kilometers south of the Company’s Silver Reef Property.

P2 is a mineral exploration and development company focused on advancing precious metals discoveries and acquisitions in the western United States and British Columbia.

Neither the TSX Venture Exchange (the “Exchange”) nor its Regulation Services Provider (as that term is defined in the policies of the Exchange) accepts responsibility for the adequacy or accuracy of this release.

Except as required by law, the Company does not assume any obligation to release publicly any revisions to forward-looking information contained in this press release to reflect events or circumstances after the date hereof. 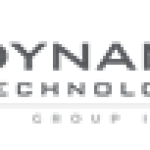 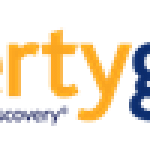