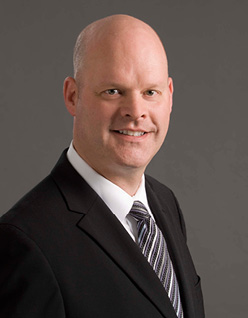 Canadians are fortunate to enjoy a high quality of life. It’s likely that we are so accustomed to having fresh tap water to drink, safe roads on which to drive and buildings in which our legal and government functions carry out every day, that the great cost and resources that go into these services is not considered. That does not negate the fact that the upkeep and addition of public infrastructure costs billions of dollars to all three levels of government annually. Given the challenge of getting the most value for its money, governments on all three levels are recognizing the benefit and value of partnering with the private sector in Public Private Partnerships (P3) to “build more for less.”

Public infrastructure makes Canada the powerful country it is, and impacts the lives of Canadians daily. As one recent example out of many, with the P3 approach, the City of Barrie will receive a new transit facility on time and on budget, which will provide higher quality bus operations and services to Barrie residents.

“Since the launch of the PPP Canada Fund in 2009, PPP Canada has seen growing interest from municipalities that are considering P3s as alternative means to delivering community-based infrastructure,” said Greg Melchin, Chair of PPP Canada Inc. “The City of Barrie is demonstrating another innovative P3 approach to delivering high quality services that will meet the needs of Barrie residents now and in the years to come.”

What are P3 partnerships?

P3 partnerships are an integral component for upholding Canada’s high standard of living through building and maintaining large scale infrastructure projects, the goal of which is “to ensure the effective use of P3 where they produce value for taxpayers,” says PPP Canada CEO John McBride. An alternative method to using public coffers for procuring large and complex public infrastructure projects, PPP Canada was created to spearhead the federal government’s P3 efforts and leads the government’s commitments, outlined in a series of budgets, to be a leader in P3.

PPP Canada is divided into two main business areas, the P3 Canada Fund, a merit-based program which encourages the use of effective P3s by provinces, territories, municipalities and First Nations, and the advancement of P3s by the Federal government itself. In both instances, the P3 provides value for tax payers by a number of advantages.

“Most importantly, P3s transfer risk of building medium and large scale projects to the private sector,” says McBride.  The design, build, finance, maintenance and operation of a project’s entire life is handled by a private sector partner, the result of which means risk isn’t dispersed over multiple parties with less or no responsibility of cost of building and operating. “Rather, we are asking the private sector to take those types of risks. And not only are they saying they will take them but they back stock that by backing it with their own money.”

In addition to risk-sharing, P3 contracts offer better cost benefits, are more often completed on time or early and optimise resources and innovation.

“The advent of P3s has driven changes within industry and government. For industry, it has required the development of integrated solutions drawing together leading expertise in the design, construction, finance and operation of public infrastructure. For governments, it has required defining what services Canadians expect from their public infrastructure and using the disciplines of competition and capital markets to ensure the private sector delivers,” says Melchin in the PPP Canada annual report for 2010-11.

Now in its third year of operation, PPP Canada has focused on increasing Federal government participation in P3 projects, achieving significant milestones with the closure of the Communication Security Establishment Canada’s (CSEC) Long Term Accommodation project, a $876 million dollar state-of-the-art security facility, $176 million less than had it been a traditional crown construct project.

According to CSEC, it was determined that the P3 approach would be the most viable solution for the CSEC project. This approach creates a partnership which allows the public sector to leverage private-sector innovation and efficiency to deliver major public infrastructure projects.

“The private sector is responsible for the design and construction, financing and maintenance of the facility over 30 years,” stated the CSEC website. “In the case of the CSEC project, this approach provides compelling advantages over the traditional Crown-construct approach, such as greater certainty of on-time delivery of this critical building, access to private-sector capital, and the transfer of certain risks, such as financial and schedule overrun.McBride elaborates, “I’ll give you an example: in a P3 project, there is no cost to the taxpayer until the asset is completely built, so it’s [private sector] equity at risk, and any cost overrun is their problem; there is no paying until the asset is delivered.”

Which products are right for PPP Canada? “It’s not the silver bullet for all projects,” says McBride. “We have to compare the advantages of putting capital at risk. For example, if the city of Ottawa wanted sidewalk repairs, there is no need to put capital at risk because it is a straightforward project.

“But building a brand new hospital is more complex, tends to be larger, tends to be in areas outside of the core competencies of government, and would benefit from private sector participation. The underlying question is always ‘Does it produce value for money as a P3?’ We only support and produce P3s that produce value for taxpayers.”

As a young Crown Corporation, PPP Canada is building up momentum, having, under McBride’s guidance, received 121 applications in 2011, up from 73 in 2010, and 20 in 2009. The federal government has also demonstrated its support by way committing that all future federal projects over $100 million be mandatorily assessed for P3 suitability. Canadians will get more value for their tax dollars, the private sector benefits from greater activity and our reputation for world-class infrastructure grows.

“Our target is to leverage $1 billion infrastructure a year. PPP Canada funds 25 per cent of a particular project, and I’d like to see us invest more than $250 million this year to over a billion of infrastructure projects,” says McBride.

“Governments know that infrastructure is necessary for the health and success of their countries, and the old ways of doing it are not going to be sufficient to meet the challenges.”