The Company is today filing its unaudited consolidated financial statements as at and for the three months ended March 31, 2018 and related management’s discussion and analysis with Canadian securities regulatory authorities. Copies of these documents may be obtained online at www.sedar.com or the Company’s website, www.panorient.ca.

Commenting today on Pan Orient’s 2018 first quarter results, President and CEO Jeff Chisholm stated: “The first quarter of 2018 activities in Thailand saw a successful multi-well workover program and progress towards a two well drilling program (one exploration and one appraisal well) that is expected to commence in the fourth quarter of 2018. Given the current high oil prices and success of the just completed workover program, plans have just been completed for an additional three well workover program that is expected to commence in July 2018. In Indonesia, permitting activities related to the drilling of the Anggun-1X exploration well continue with the exact timing of a key permit approval expected to be better defined within the next few weeks. Upon receipt of this permit approval, road construction will commence immediately. The commencement of drilling Anggun-1X has been revised by the operator to October 2018 with further possible revisions based on the timing of the approval of the key permit described above. The stage is currently being set for an active second half of 2018 with drilling in both Thailand and Indonesia.”

Drilling of the Anggun-1X exploration well is estimated to commence in about October 2018, subject to permit approval timing described earlier, with an estimated cost (dry hole) of US$15.4 (Pan Orient’s 49% share US$7.55 million). A contingent multi-zone testing program will also be conducted if justified by drilling results.

Concession L53 is benefiting from the strengthening of world crude oil prices and continues to generate funds flow from operations as a low cost operation and limited capital expenditures. The remaining 2018 Thailand capital program is expected to include one exploration well and an appraisal well at L53-B with drilling commencing in the fourth quarter. On the basis of strong oil prices and the success of the first multi-well workover program, a second three well workover program will commence in July 2018.  Exploration and development activities in 2018 are expected to be financed by Thailand working capital and funds flow from operations.

Sawn Lake (Operated by Andora, in which Pan Orient has a 71.8% ownership)

Pan Orient continues to move forward towards potential commercial expansion to 3200 BOPD at the Sawn Lake, Alberta steam assisted gravity drainage (“SAGD”) project (in which Andora has a 50% working interest and is the operator) using Andora’s proprietary Produced Water Boiler. The potential expansion has an estimated cost of approximately $50 – $60 million (on a 100% working interest basis) and bitumen production would commence about 24 months after an investment decision by Andora and its partners. Although the WTI reference price for crude oil has strengthened and the differential between WTI and the Western Canada Select reference price for heavy oil has narrowed in recent months, it is recognized that stable heavy oil prices will have a significant impact on any decision by the Sawn Lake partners regarding the timing and extent of future development, and the ability to finance the project.

Pan Orient is maintaining a strong cash balance, denominated mainly in United States dollar deposits, to conduct key exploration and development activities and ensure financial flexibility. With an asset portfolio in Indonesia, Thailand and Canada, Pan Orient constantly reviews its exploration and development asset portfolio in with the aim of maximizing corporate value and achieving the best allocation of resources.

Pan Orient is a Calgary, Alberta based oil and gas exploration and production company with operations currently located onshore Thailand, Indonesia and in Western Canada.

This news release contains forward-looking information. Forward-looking information is generally identifiable by the terminology used, such as “expect”, “believe”, “estimate”, “should”, “anticipate” and “potential” or other similar wording. Forward-looking information in this news release includes, but is not limited to, references to: renewal, extension or termination of oil concessions and production sharing contracts; other regulatory approvals; well drilling programs and drilling plans; estimates of reserves and potentially recoverable resources, information on future production and project start-ups, and negotiation, agreement, closing and financing and other terms of farmout and other transactions; potential purchases of common shares under the normal course issuer bid; and sufficiency of financial resources. By their very nature, the forward-looking statements contained in this news release require Pan Orient and its management to make assumptions that may not materialize or that may not be accurate. The forward-looking information contained in this news release is subject to known and unknown risks and uncertainties and other factors, which could cause actual results, expectations, achievements or performance to differ materially, including without limitation: imprecision of reserves estimates and estimates of recoverable quantities of oil, changes in project schedules, operating and reservoir performance, the effects of weather and climate change, the results of exploration and development drilling and related activities, demand for oil and gas, commercial negotiations, other technical and economic factors or revisions and other factors, many of which are beyond the control of Pan Orient. Although Pan Orient believes that the expectations reflected in its forward-looking statements are reasonable, it can give no assurances that the expectations of any forward-looking statements will prove to be correct. 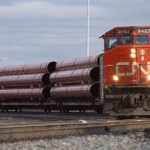