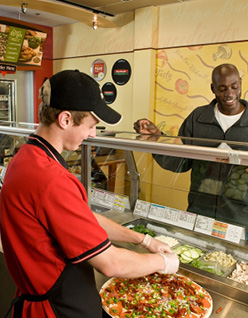 Papa Murphy’s pioneered the Take ‘N’ Bake service concept, and has become the largest Take ‘N’ Bake pizza company in the world. The company is now the fifth largest pizza chain in North America, based on the number of North American locations. The company opened its first store in Canada in 2006. Papa Murphy’s was born in the U.S. by merging of two pizza chains in 1995 — Papa Aldo’s Pizza (founded in 1981) and Murphy’s Pizza (founded in 1984) into Papa Murphy’s International, Inc.; and in 2004 the company merged with PMI Holdings, Inc., boosting Papa Murphy’s vigorous expansion plans, that led to a company with more than 1,300 stores in 38 states across the U.S. and Western Canada.

Papa M Pizza Canada Inc. holds the Master Franchise rights for Papa Murphy’s in Canada. Today there are 15 Papa Murphy’s locations with additional three locations opening in October, raising the total number of locations to 18 across British Columbia, Alberta, and Manitoba. The Canadian Business Journal spoke to Chuck van der Lee, the Owner and President of Papa Murphy’s in Canada, and Milo Buckingham, Marketing Manager. To the franchise expansion, van der Lee said, “We plan to follow the same pattern for expansion that the U.S. did, growing the Store Network from West to East. The home baked concept was born in 1981 in the Pacific Northwest, and has been moving eastwards for the past 31 years. Our plan in Canada is to expand the Store Network to 30 stores in the next 18 months, and to at least 80 franchised stores in the next five years. We are currently selling and franchising the company-owned locations, and all new locations will open as Franchise outlets.”

The idea behind Papa Murphy’s franchise business model is simple — introducing fresh, custom-prepared pizzas that consumers take home and bake at their convenience in their own ovens. Papa Murphy’s combines superior ingredients, bake-at-home control, and a significantly lower price, creating an unmatched consumer value. Thanks to Papa Murphy’s idea, consumers can enjoy a piping hot pizza when they want it. To this concept van der Lee said, “There are unique advantages to this model. There is no in-store dining, therefore there is no in-store cooking and food preparation, lowering the labour and equipment costs, so our franchise cost is very reasonable. From the customer standpoint, customers appreciate the quality of our fresh ingredients and the quantity of our toppings.

Our cheese is grated every day, our vegetables and proteins are top quality and fresh each day.” To this Buckingham added, “This allows for lower overhead, which translates into an easier and more profitable operation for the franchisees. With lower overhead, we can pass the savings onto the consumer with better quality ingredients.”

Papa Murphy’s was built on its core values of great quality, great value, and great customer service, and these values continue to distinguish Papa Murphy’s today, allowing its customers to leave Papa Murphy’s stores with the best pizza and experience possible. Not only do the patrons decide which fresh, high quality ingredients top their pizza, but customers have the pleasure of baking it right in their own ovens for a piping hot, delicious meal whenever they want. Van der Lee said, “Our pizza dough is formulated specifically for the home oven’s 425 degrees. This assures that the taste and quality are not compromised, and are comparable to results of the professional ovens. With our pizzas, the customer is in charge pizzas are customized to each customers liking, and the customer decides when the pizza will be cooked. The result is a piping hot pizza served in the comfort of the customer’s home.”

In addition to handmade pizzas, the company grows its menu with offerings of other Take ‘N’ Bake items, including cheesy bread, cinnamon wheels, and chocolate chip cookie dough. The company plans to introduce additional offerings to its traditional feast. Papa Murphy’s was voted “No.1 Rated Pizza Chain” in 2010 and 2011 by reviewers at ZAGAT, and a four-time recipient of Pizza Today’s Chain of the Year Award. 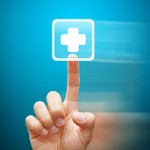 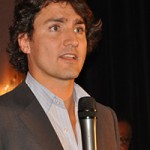