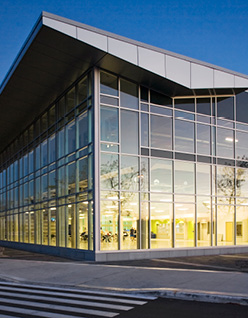 At Parkin Architects Limited (Parkin), every building is designed to meet the
needs of the users. Unlike other firms, who design buildings almost solely
on appearance, the spaces created by Parkin consider the needs of those who will use the facility most.

PARKIN HOLDS A unique place in the architectural industry; the firm focuses exclusively on
institutional building projects. This, coupled with
its long history of growth and success, warrants
Parkin as a company worthy of attention.

Focused from the Start

The Parkin story began almost 70 years ago,
when founder John Burnett Parkin established
the firm as a general architectural practice. A
few years later, John Cresswell Parkin (unrelated)
joined, and the two partners developed Parkin
into one of Canada’s preeminent large-scale architectural practices. The Parkin firm designed
several of the nation’s most notable projects,
including Terminal One (1964) and Two (1972)
at Pearson International Airport, the Ottawa
Train Station (1966), the Bata Shoes Head Office
(1965), and Toronto City Hall in association with
Viljo Revell (1965).

John B left the firm and Canada in the late
60s and moved to Los Angeles. In 1984, one of
the firm’s employees (a current director) commenced a leveraged buy-out of the company,
which culminated in the present practice in 1986.
He, and two new partners, breathed new life into
the firm, pursuing institutional projects in the
healthcare, laboratory and justice fields.

“We don’t have an executive level of management,”
Parkin Principal John MacSween (Western Division) tells The Canadian Business
Journal, “Every principal runs projects and is actively engaged in the day-to-day running of the firm.”

This employee-owned business structure
allows Parkin to make decisions with the full support of all members involved. The firm’s success
is directly related to the dedication of its staff.

“This structure is quite different from the
norm in the industry,” adds Principal Cameron
Shantz. “The development of the ‘mega-firm’
has made executive level architectural positions
more common. We don’t pursue this model. As principals we bring our passion for designing
architecture to the studio and work actively on
projects on a daily basis.”

Parkin made another critical decision in the
late 1980s; the firm chose to focus exclusively on
institutional projects.

“Originally, there was a broad spectrum
of project types we would undertake,” says
MacSween, “There was always a tendency to
veer towards institutional design, but the firm
was much less specialized.”

The decision to focus on institutional building projects led to a tremendous increase in
growth. The firm became specialized in working
with Public Private Partnerships (PPPs), a funding model in which part or all of the finances
for government building projects are provided
through private sources.

Institutional projects are regularly accompanied by a variety of different architectural
parameters that must be met. Often there are
more restrictive or intensive guidelines dictating
the way in which the facility must be built.

“Architecturally, our approach is very similar
to non-institutional firms,” says MacSween, “The
differences are in the rules and regulations that
must be met when designing an institutional
building. The way the facility operates is equally
as important as its appearance.”

This emphasis on building function is best
exemplified in the health care projects Parkin
undertakes. These facilities require special attention, as the buildings must be made to suit
high-tech equipment, provide patients with a
safe, calming place to heal, and offer visitors
comfortable spaces to meet their loved ones.
Today, approximately 75% of the firm’s recent
and ongoing projects are health care facilities.

As explained by Shantz, “A critical factor in
our design process is the use of clinical user
groups. These groups offer us assistance and
provide input on how the layout of the building
would best work for them. We design the building around its function.”

Parkin also considers environmental sustainability when designing facilities. Most of the firm’s
more recent projects have achieved LEED gold
or LEED silver. Parkin examines everything from
the raw building materials to appliance piping when completing facility designs, in an effort to
ensure all projects are as ‘green’ as possible.

A Lesson in Success

Today, Parkin is one of Canada’s largest institutional architectural firms. The company has
completed hundreds of projects, spanning from
the western-most edge of British Columbia
to the eastern coast of Newfoundland to the
northern tip of the Yukon. The firm has undertaken world-renowned projects, partnered with
international masters in the industry, and won
numerous awards.

According to Principals John MacSween and
Cameron Shantz, Parkin’s success stems from
one core value.

“Our best skill is listening. This is something we truly practice in every interaction,” says
MacSween. “We listen to our clients’ requests,
and work with them to find the best solution to
their requirements. We help our clients educate
us on how to create the best product to meet
their needs.”

“Everything we do is about user involvement,” Shantz adds. “We realize the design of
a building can have a significant impact on the
lives of those who work or live within it. We
always think of the implications of the buildings
we design on the people who use them.”

In order to build lasting relationships with clients, Parkin develops a “local presence” in each
region in which the firm works. Offices are strategically located across Canada in areas easily
accessible to local clients. In this way, Parkin can
quickly and effectively address its clients’ needs.

Through maintaining a client-focused business model, Parkin has grown to become one
of Canada’s leading architectural firms. The
company has won numerous awards notably;
the 2011 International Corrections and Prisons
Association (ICPA) President’s award for numerous projects; the 2012 International Academy
for Design and Health award for the highly
commended Women & Newborn Hospital in
Winnipeg, Manitoba; and the 2014 International
Mental Health Design Award from the
International Academy for Design and Health for
the design of the Southwest Centre for Forensic
Mental Health Care in St. Thomas, Ontario.

Parkin has already experienced substantial
growth within Canada; however, this is not the
extent of the firm’s plans.

Parkin has completed international projects including the Rainbow Babies & Children’s
Hospital NICU in Cleveland, Ohio in 2008, and
they are pursuing other international work.

“We want to expand in a way that’s best for
both our current and future clients,” says Shantz.
“We are currently looking at joint ventures out-
side Canada with firms that have experience
within targeted international regions.”

Whether Parkin’s continued growth occurs throughout the western provinces, in the United States, or beyond, it is clear that the firm will meet tremendous success. This company story can teach any business person that when it comes to developing any design, function
must come first. 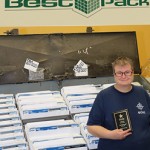 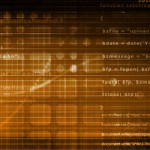