CBJ – PayPal Holdings shares are up about 12% over the past several days, primarily due to anticipation for its return to the NASQAQ as of Monday.  The recent spike puts the value of PayPal at about $52 billion.

PayPal is expected to build partnerships with e-commerce rivals and try to seize market share from startups such as Stripe and Square and Apple Inc., which unveiled its own mobile payments service last year.

PayPal is also looking to compete with Western Union Co WU.N and other money transfer companies.

PayPal was founded in the late 1990s by venture capitalist Peter Thiel, Tesla Motors CEO Elon Musk and others. It went public in 2002 and was acquired by eBay soon after for $1.5 billion. Last year eBay said it would split PayPal to give both companies more focus and flexibility after receiving lots of shareholder pressure to do so.

However, the companies are not severing ties altogether. They have agreed that eBay won’t cut the volume of transactions it channels through PayPal for the next five years. 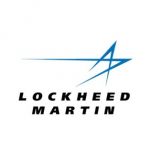 Lockheed Buying Sikorsky for $9B 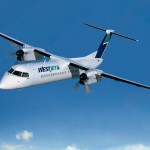