CBJ — PayPal is withdrawing from the Libra Association, a Facebook-led effort to build a global digital currency to rival larger players such as Bitcoin.

The prodigious U.S. payments processing company  has opted to forgo any further participation in the group, saying that while it remains supportive of the initiative, it will instead it would focus on its own core business ventures.

Both Visa and Mastercard have been rumoured to also be considering an exit from the project due to concerns regarding the potential for money laundering. 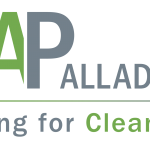