Attendance at the Prospectors and Developers Association of Canada’s (PDAC) 2018 Convention totalled 25,606—a clear sign that the mineral exploration and mining industry has regained its swagger and is building momentum for the future.

“This year’s convention was full of energy and excitement for the year ahead,” says PDAC President Glenn Mullan, referring to sold out exhibitor space, panel discussions, courses, workshops, and networking events such as the prestigious Awards Gala. “After experiencing several years of economic challenges, the mineral exploration and mining industry is experiencing a renaissance and renewed sense of confidence.”

The Prospectors & Developers Association of Canada (PDAC) is the leading voice of the mineral exploration and development community. With more than 7,500 members around the world, PDAC’s mission is to promote a globally-responsible, vibrant and sustainable minerals industry. PDAC encourages best practices in technical, operational, environmental, safety and social performance.

PDAC, in partnership with the World Economic Forum, hosted the International Mines Ministers Summit (IMMS) for the third year, bringing together 26 ministers responsible for mining from around the world—the largest turnout to date. This year’s summit focused on the various ways in which trust can be fostered to enhance and expand the contributions that the mineral exploration and mining sector has on the prosperity and development of nations.

The popular Aboriginal, Capital Markets, CSR Event Series, student and technical programs, as well as short courses and presentations, were once again popular with attendees.

“In Canada, and around the world, PDAC is recognized as a leader in promoting a responsible, sustainable mineral exploration and mining community,” adds Mullan. “At PDAC, we take pride in being a growth catalyst for the sector by building strong working relationships, both domestically and abroad. The PDAC Convention is the venue for forging long-lasting connections, and developing strategies to enhance the positive contributions of our sector around the world.”

Ontario is investing in innovative new technology projects in Northern Ontario that will help improve mine productivity, increase operating efficiencies, and help northern businesses expand their global market reach.
Michael Gravelle, Minister of Northern Development and Mines, made the announcement while speaking about the province’s thriving mining industry during the official opening of the Ontario Pavilion at the annual PDAC convention.

Funding through the province’s Northern Ontario Heritage Fund Corporation (NOHFC) will support the following four mining supply and service companies in the districts of Greater Sudbury and Nipissing:

• Drillco Mining and Exploration will receive $250,000 to design, build and field-test the first prototype of the MDS1, the next generation Modular Drilling System, which will be capable of drilling three common platforms, including underground, surface and fly-in operations.

• Nordic Minesteel Technologies Inc. will receive $250,000 to design, create and manufacture a prototype of the Speed Lifter. The Speed Lifter will be able to safely lift and secure a 400-ton truck in less than two minutes.

• Foraco Canada Ltd. will receive nearly $200,000 to create a self-propelled Mobile F36 Skid Steer – Longhole Drill Prototype for underground drilling, which will increase productivity, efficiencies and safety of long-hole drilling operations. It will be the first of its kind in the mining industry.

• RDH Mining Equipment Ltd. will receive over $200,000 to create a Load Haul Dump machine, a smaller loader than the company typically manufactures. This one-cubic-meter Load Haul Dump machine will open up the narrow-vein market for RDH and serve as a frame design for future powertrain development.

In total, these projects will create or retain more than 50 full-time jobs.

Investing in the exploration and mineral development sector is part of Ontario’s plan to create fairness and opportunity during this period of rapid economic change. The plan includes a higher minimum wage and better working conditions, free tuition for hundreds of thousands of students, easier access to affordable child care, and free prescription drugs for everyone under 25 through the biggest expansion of medicare in a generation.

• Ontario is one of the top ten jurisdictions in the world for investment, according to the Fraser Institute’s Survey of Mining Companies, 2017.

• In Ontario, there are over 26,000 direct jobs in mineral production, and an additional 50,000 indirect jobs are associated with mineral processing and manufacturing.

• The NOHFC is investing close to $1,000,000 in four Northern Ontario industrial suppliers whose projects will enhance safety, production, cost-effectiveness and market share in the mineral development sector.

• Since 2013, the province has invested more than $621 million through the NOHFC in 3,846 projects, leveraging more than $2.2 billion in direct economic activity, and creating or sustaining over 15,300 jobs in Northern Ontario.

British Columbia, Alberta, Saskatchewan, Quebec and New Brunswick were among the other provinces that had a notable presence at this year’s event.

On an international level, countries such as Australia, China, Peru, Chile, India, Mexico, Argentina, Germany, South Africa and Finland were among those with impressive pavilions showcasing their mining and minerals exploration achievements. 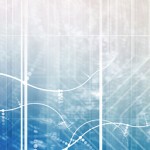 The Bionic Agent and Big Business: Why the Robots Aren’t Taking Over Just Yet 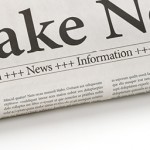 Rigorous Journalism Can Save Us from Fake News