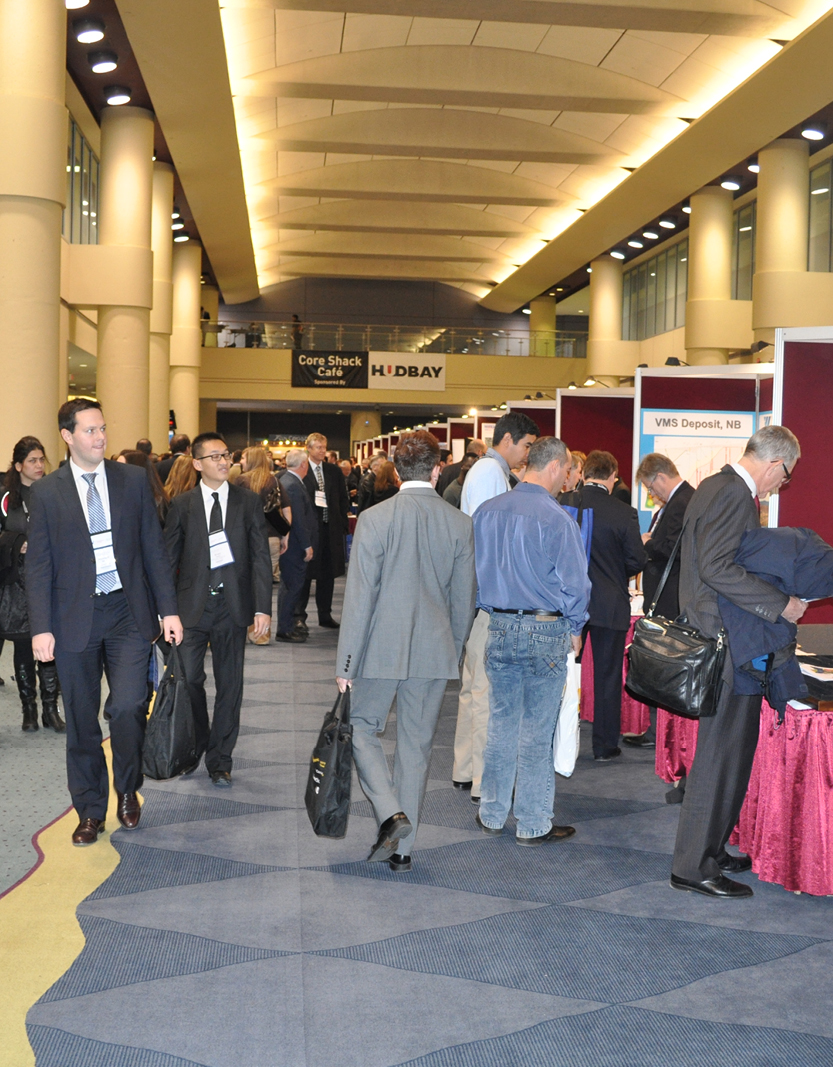 Every year during the first week in March, the Prospectors and Developers Association of Canada (PDAC) hosts a massive international mining event at the Metro Toronto Convention Centre. It’s a must-attend event for the biggest players in the mining and resources industry.

Established in 1932, the PDAC represents the interests of the Canadian mineral exploration and development industry. This year’s event runs from Sunday, March 3 through Wednesday, March 6 and is expected to attract about 30,000 delegates from around the world. Among those in attendance include: analysts, bankers, brokers, consultants, exploration managers, financiers, geoscientists, government representatives, institutional investors, junior and senior company personnel, lawyers, mining executives, prospectors, students and media.

One of the primary goals of the PDAC is to provide its members with the resources to achieve success in their daily activities. The PDAC stresses that in order to continue the advancement of the industry as a while, its members need to encourage greater participation from the communities they work with, which includes: increased business, training and employment opportunities for those living there.

The mining industry has been one of the fundamental forces spearheading the Canadian economy, providing billions to governments in taxes and royalties while employing in excess of 300,000 people. The mining industry also holds the distinction of being the biggest private sector employer of Aboriginal Canadians.

There are 36 members of the official planning committee, including President Glenn Nolan, who took the helm a year ago, replacing the outgoing Scott Jobin-Bevans.  Nolan made history by becoming the first Aboriginal in the 80-year history of the PDAC to hold the position of president.

“I am very excited about this year’s convention – my first as president of the PDAC,” says Nolan.

The mining industry and all its reciprocating industries continue to grow globally each year, and it’s evident by the increasing workforce. Canada, being a leader in the mining industry, makes for a natural to host this prestigious international event.

“Last year, for the first time in the convention’s 80-year history, we attracted more than 30,000 delegates from 125 countries,” Nolan proudly states.

A number of high-profile names will be making keynote addresses during the four-day event, concluding with a speech on the final day at the Innovation Luncheon by the Honourable Perrin Beatty, President and CEO, Canadian Chamber of Commerce. Beatty will focus on how Canada has transformed its resource endowment into a global competitive advantage.

Due to a strong commitment towards sustainable mining, which greatly assists the industry as a whole, Canada is viewed as a world leader in developing the industry from both an economic and environmental protection point of view. It’s an opportunity for everyone associated with this important business sector to meet together and share thoughts and ideas while often creating new alliances for the future.

“Bringing together members and sponsors, along with companies, investors, visitors and long-time supporters, is a significant accomplishment that reflects the PDAC’s ongoing commitment to host the number one-mineral industry event in the world,” Nolan continues.

There will also be courses that examine everything from the trends and drivers of global coal markets, to land access challenges and solutions, and the opportunities that are available in the Ring of Fire. In addition to the courses is a comprehensive student program including the brand new Convention Kickstart on Sunday, March 3 at the Fairmont Royal York Hotel. There will also be a student-industry forum.

“There will be a record number of short courses on offer this year, along with an expanded technical program,” Nolan reveals. “New additions include a keynote session called ‘Risk and reward in mining exploration and development’.”

For the fourth year in a row, the PDAC will be offering a Corporate Social Responsibility (CSR) Event Series, which is open to all convention attendees and the public, and is free to attend. The CSR Event Series is designed to provide a forum for learning and discussion on a wide range of topics related to CSR in the mining industry, and the exploration sector in particular. The series aims to reflect both the industry’s challenges and successes in this area, emphasizing the value of learning from one another’s experiences.

Near and dear to Nolan’s heart is the Aboriginal Program, including a forum that brings Aboriginal communities and companies together with the mineral industry to share experiences and learn about becoming more involved in the mining sector.

After its hugely successful launch last year, Mobi will return, to bring the convention experience to a whole new level by allowing delegates to navigate everything from exhibits to technical sessions.

With about 9,000 individual members, as part of its mission statement the PDAC exists to protect and promote the interests of the Canadian mineral exploration sector and to ensure a robust mining industry in Canada. But times have been tough with the stock market fluctuations over the past few years, and it’s greatly impacted the junior miners, many of whom have had a difficult time staying afloat.

As PDAC espouses, mining is a strategic industry for Canada. Exploration, as its research and development phase, is the driving force behind it all. A number of financial challenges currently facing the industry are impacting the ability of the junior companies that conduct exploration to raise the capital their projects require.