The following table provides highlights for the year with prior year comparisons.

Mr. Lunick said “2016 was once again a record profit year. Each of the last two years the Net Income for the year has increased in excess of 40%. Gross profits were higher in RMB and as a percentage of sales. The increase was a direct result of efforts of staff at every level in the organization. We will continue to push for new revenues and additional profitability.”

Pearl River Holdings’ principal business, through its subsidiary, is the manufacturing and distribution of plastic products in China, Australia and the United States of America. 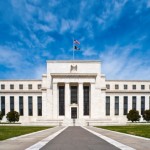