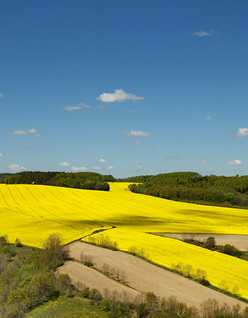 To this end, the Peguis First Nation established the Peguis Development Corporation (PDC) in 1984 in order to organize and facilitate the mandate of the Economic Development program.

According to the PDC, “From the beginning, the community leaders believed that incorporating a sound economic development strategy was a key to a solid economic base. The PDC is primarily concerned with creating a solid economic base for Peguis First Nation. It is estimated that 60 per cent of the overall Aboriginal population is less than 30 years of age. This represents an important and growing pool of potential business owners and employees.

“PDC believes that job creation is a significant and consistent result of business development and that business performance is refined with higher education of the owners. Therefore, encouraging skills, development and entrepreneurship in Aboriginal youth is essential.

“The Council of Peguis is the government of our Nation and is responsible for all of our citizens wherever they reside, and the care and management of our lands and traditional territories.”

Cheryl Bear is the General Manager of PDC. Since taking this position three years ago, she has continued in the tradition of her predecessors, whose prescience has led the organization from five businesses in 1981 to 75 businesses, ranging from one-person operations to larger construction businesses, a Midway grocery store, convenience stores, and hardware stores. PDC also works as project managers for other community projects which have had a positive impact on the community such as the Peguis Community Hall, Peguis Mall, Senior Home, and the New School Project.

“Since becoming General Manager three years ago, PDC has maintained a focus on revenue generating,” says Bear. “The money we generate for the community means we can be less dependent on (federal) transfer money and we have more of a focus on generating it within the community as much as possible, and having as much services and products within so we can purchase what we need here.”

PDC puts all of the $9 million generated by its various entities back into the community. This year, a lot of it was put into rebuilding from the devastating floods that have hit the Peguis community for four years in a row. Additionally, it goes towards helping business initiatives.

“Most of our revenues go into equipment for the floods,” says Bear. “The rest went into money to try to redevelop stores, reinvest in stores, and our community.

“Our hopes are that we create enough money this year so we do not have to take any money from the federal government. This year we have given back $150,000 to the band. Next year we plan to give back $350,000.”

PDC is a vital element to the Peguis First Nation, foremost because it enables it to operate and function independently of federal government money, says Bear. “And it’s a way of proving to ourselves most importantly that we can run successful independent businesses.”