CBJ — The prolonged slump in oil prices Calgary-based oil company Penn West Petroleum is in danger of defaulting on some of its debts by the end of June, but is working with its lenders to avoid that from happening.

Penn West is considering selling assets and raising capital via other methods in order to pay its debts and stay in business.

“If the current low commodity price environment continues, the company anticipates it will not be in compliance with certain of its existing financial covenants by the end of the second quarter of 2016,” Penn West said. “The company is engaged in negotiations with its lenders to amend these financial covenants prior to the end of the second quarter of 2016, which if successful will mitigate the risk of default in 2016 and further into the future at prevailing commodity price levels.”

During the recently completed quarter, Penn West posted a loss of $100 million in the first three months of the year, and pumped out just over 77,000 barrels of oil per day during the quarter — down from 94,000 during the same time last year. 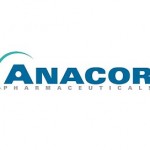