To stay competitive in the agriculture industry, the equipment a company manufactures must not only increase the efficiency of farming practices, but withstand the demanding nature of the industry. That’s why the agricultural manufacturing company, Penta TMR Inc., located in Petrolia, Ontario, invests significantly in research and development (R&D) to build efficient and durable equipment. But quality equipment is not the only key to success. Penta President Glenn Buurma says success depends on the relationships it builds with its team members, customers and dealers.

Penta’s longevity is a testament to this notion. In the 1970s, it started selling and servicing feeding and milking equipment to the dairy industry. In 1997, Buurma bought the company from his father. After realizing the agricultural industry’s demand for manufacturing farm equipment was higher, he switched the company’s focus. From 2001 on, Penta manufactured feed mixers, then tillage equipment, and it recently started offering dump boxes and spreaders.

In several locations in southern Ontario, the company operates four manufacturing locations, a research and development facility, and a farm where it tests all equipment. It employs 120 people. The company conducts business in Canada, as well as the United States, Russia, and Australia.

The company’s mission statement: “Positively influencing the agricultural community by providing durable innovative equipment solutions,” wouldn’t be possible if not for a robust research and development program. In 2013, Buurma opened an independent facility to ensure the company provided the farming community with the best possible products. He says investing in R&D is a smart decision, because the market will always demand high-performing equipment, even if the manufacturing industry experiences economic downturns.

The results of Penta’s research and development program are evident in its equipment. When the company added the TMR feed mixers to its product line in the early 1990s, the R&D team rebuilt each make and model in order to thoroughly understand its mechanics. In 2000, the company began producing its own trademark vertical feed mixer. Over the years, it has improved the mixer to include two unique auger systems and increase the available sizes and models. Its current TMR mixer, for example, has a Hurricane Auger that Penta developed with a unique auger flighting that shortens forage processing times.

During the downturn in the U.S. dairy industry in 2009, Penta turned its attention to tillage equipment, beginning with cultivators. The company asked the farming community what it wanted in a cultivator. The overwhelming consensus was that the equipment needed to be heavier, so it would last longer and have more accurate depth control. That year, Penta sold its first cultivator, and Buurma says the patented depth control system on the 200 and 300 series cultivators pushes the product to the next level.

Despite some of the challenges in the tillage industry, Buurma says tillage holds the greatest potential for growth. “I believe that tillage has got huge potential, even years from now, that can be two to three times what feed mixers are today,” Buurma says. “But there are far more different opinions on what is the right kind of tillage to do, and every geographic area has its own idea of what is the right tillage to do.”

“It’s going to take a lot of product offering to grow that business. Tillage will continue to be the bigger challenge, but also have the bigger potential,” he adds.

In 2015, Penta acquired N.E. Hagedorn & Sons Ltd. which manufactures the well-known Hydra-Spread line of solid manure spreaders. Hagedorn has been in the farming business for over 80 years, and began manufacturing the box-spreader with innovative designs, including frames, hydraulic systems, beaters, and drive trains in the 1990s. The company’s reputation for manufacturing innovative equipment was a draw for Buurma. The Hagedorn products round out Penta’s product offering, and there are a lot of synergies between the dealer network. “There are dealers that Hagedorn doesn’t have that we have, and there are dealers that Hagedorn has that we don’t have, so we can introduce our product line to them,” Buurma says.

“Some of the efficiencies that we have at Penta, we can introduce there, just to run the operation a little more efficiently,” he adds.

Penta continues to expand its product line. In September 2012, it introduced forage dump boxes. The product has visibility built inside the box from the cab of the tractor, unique loading and unloading features, and an overbuilt frame and robust axles for increased strength and floatation.

In 2013, the company moved the truck mount mixer production into a new shop.

While Penta began as a local operation, it now conducts 80% of its business internationally. In southern Ontario, trade liberalization is a controversial topic with many criticizing it as the cause of economic challenges and the loss of large manufacturing plants. But Buurma contends that free trade has driven Penta’s expansion. Currently, the company conducts 60% of its business in the U.S, and another 20% between Russia and Australia. It started in Russia 12 years ago, and business has grown steadily. In fact, Buurma expects to set up a manufacturing facility in the country in the next year. In total, Penta conducts only 20% of its business in Canada.

Buurma and many of the staff at Penta come from a farming background, and continue to farm today. Penta values the family farm and considers it in every decision it makes, as well as during challenging times.

The best employees for Penta’s business culture come from the rural towns and farms in southern Ontario. “The farming community has the tendency to be very creative. They’ve been taught how to work on their own and that breeds creativity,” Buurma explains. “They also have a lot of hands on experience being raised in the country. It builds a lot of character skills that we look for.”

The company’s success is heavily dependent on the relationship with team members, customers and dealers. It’s important to have people who understand the farming culture of those they deal with when marketing into the U.S. and overseas, he adds.

Admit to Mistakes and Move On

No company is perfect and Buurma is not afraid to admit to his mistakes. The important thing, he says is to learn from them and have great products and team members that customers and Dealers trust. This theory was put to the test in 2007 when a patent infringement issue that turned out to be prior art forced the company to start over. Buurma says thankfully Libro Credit Union supported Penta throughout this stage, because of the company’s history of excellent products and service.

“We need to learn from our mistakes, and it’s all about how you handle the mistakes you made in life – that’s what gives you the next chance in life,” he says. “I think what is always going to see us through, each year, is the people side of the business, and dealers knowing that we care.”

“Some of the lowest, toughest times teach us the most,” he adds.

Despite a shaky economy, Buurma remains optimistic about the future. “I think that there are going to be good and bad times, but there are more people to feed, there are going to be more animals to feed, and so with all that, I think there’s going to be more demand from the agriculture industry,” Buurma says. “It’s all going to get done faster and smarter, and I think that’s what we really can offer going forward – products that are more user friendly, and get our farming done a little quicker every year.” 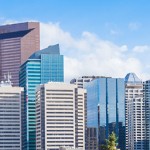 The City of Calgary 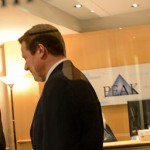