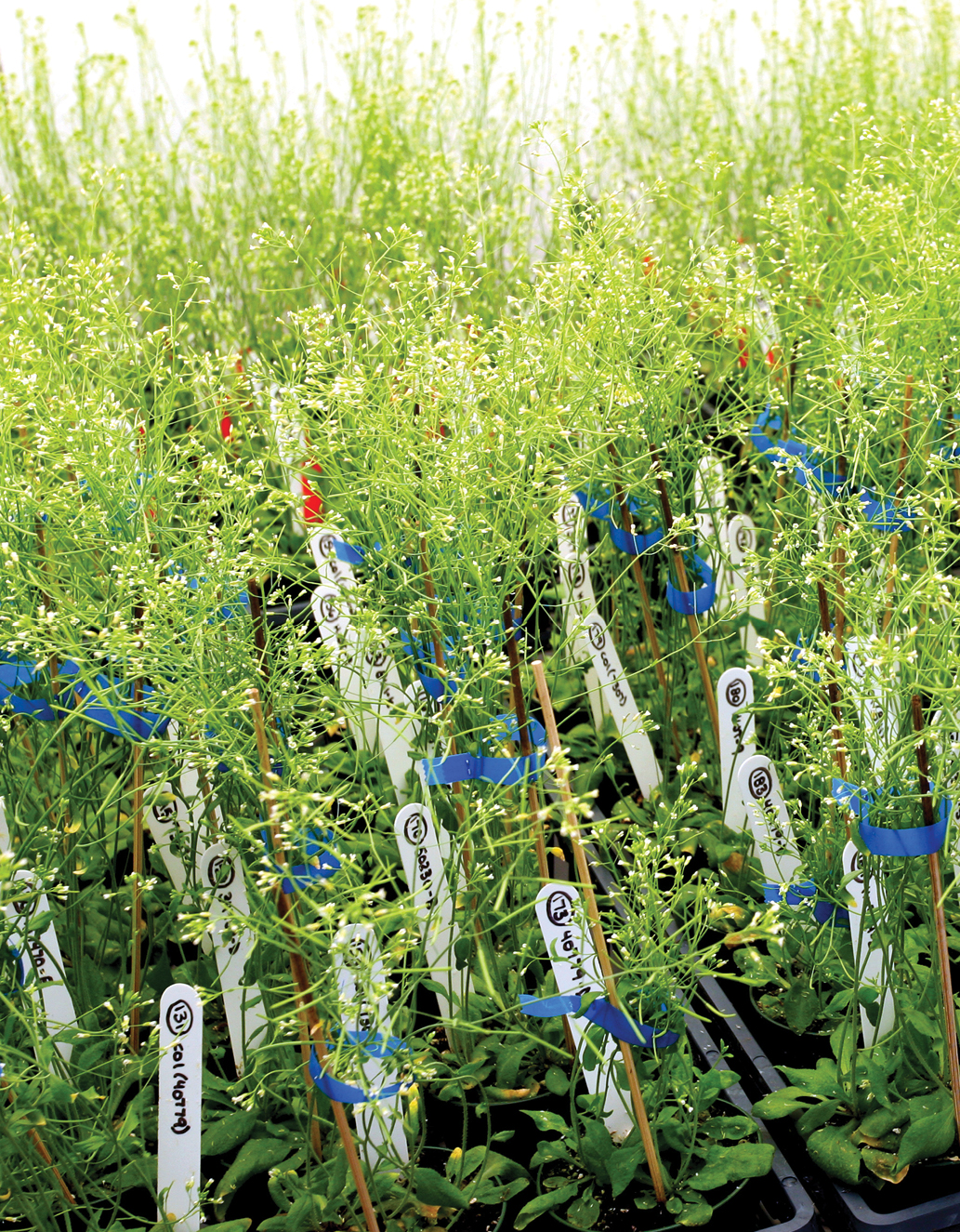 It’s in the genes

The company was founded in Kingston, Ontario in 1995 – just as the agriculture industry was beginning to accept and use biotechnology, says President Dr Yafan Huang. “These initial biotechnologies were herbicide tolerance and insecticide tolerance, to protect crops from the environmental threats of weed and insect attack – we call them the first generation of biotechnology,” he explains. Performance Plants Inc. (PPI) saw these biotechnologies as beneficial for farm management, rather than an aid to achieving financial success from increases in harvest.

“First-generation biotechnology didn’t improve the yield; it didn’t protect against yield loss due to environmental stresses such as drought, heat stress and cold stress, and those are significant factors affecting farmers’ yields at the end of the day,” adds Huang. “PPI saw a strong need to develop technologies that could help farmers protect and grow their yields.”

Huang joined the company in 1998 and became company president in 2010. Working in between as Director of Research, he helped PPI to expand its product range and market. What began as a mission to ensure future food security for the growing human population was expanded in 2005 to encompass energy security too.

“We realised our technologies could be applied not only to food crops, but to bioenergy crops as well,” says Huang. “We began to develop energy-focused technologies such as Biomass Enhancement Technology (BET™), which improves biomass yields and reduces the cost of biomass feed stocks for feed crops such as alfalfa, and non-food crops including sugarcane, sorghum, switchgrass and Miscanthus. The product’s aim is to produce more biomass per acre, which I think will have a really wide application.”

At this time, PPI holds more than 84 global patents for breakthrough gene technologies. One of these is BET™; the other four validated technologies, at various stages of development, are:

Yield Protection Technology (YPT®), which enables plants to maintain maximal yields through period of drought. In five consecutive years of field trials under water stress conditions, YPT® canola consistently showed higher yields than controls. It has also significantly enhanced yields in field-grown elite hybrid corn. YPT® has been featured in the international science journals Science and Nature Biotechnology, as well as in a permanent exhibit at the Chicago Museum of Science and Industry.

Heat & Drought Technology (HDT™), which is a single gene-based technology that enhances plants’ tolerance to heat, drought or combined stress. Over two seasons of field trials in North and South America, HDT™ canola plants achieved significantly higher yields than the controls when faced with period of hot and dry growing conditions.

Water Efficiency Technology (WET™), which maximises crop growth and productivity with a reduced amount of water by enhancing the plants’ water-use efficiency. WET™ allows plants to grow in regions that are constantly short of water or regions that rely on irrigation during the entire growth season. WET™ model plants can produce higher seed yield and biomass than controls when water is limited.

Yield Enhancement Technology (YET™), which boosts seed yield. In laboratory conditions, the YET™ model plants have produced significantly higher grain yield under both optimal and stress growth conditions.

PPI’s technologies are used across the globe by nine large, international companies with which PPI holds 13 commercial agreements, including Mahyco in India and Biocentury Transgene in China. These relationships generate a lot of rev revenue for PPI and have provided a solid foundation for the company over its 15-year lifespan. Huang says PPI’s long-standing success sets it apart from its competitors.

“Performance Plants has always been one of the front runners in this very competitive and demanding field,” he adds. “If a company in this field is not competitive enough it will not survive, because its technology will stay within the company rather than go to the market.”

PPI recently wrapped up a four-year agreement with Lafarge North America Inc., the continent’s largest cement manufacturer, to develop clean energy biomass grasses and woods for Lafarge to use as fuel at its Cement Plant in Bath, Ontario. The project aimed to reduce Lafarge’s carbon footprint by providing it with a cleaner and renewable source of fuel, and enabled PPI to create enhanced non-food crops capable of growing on less productive farmlands. Huang says the two companies are now evaluating the results of the completed trials, to see what steps to take next.

Over the next 12 months, PPI aims to build upon its strengths while simultaneously extending its reach. “The company has built up so many commercial relationships with international companies, and we devote a lot of energy to ensuring our products are optimised and used effectively by these end users,” remarks Huang. “We want to continue to expand our user base by developing new products for new environments, for increasing crop yields in areas such as Australia, Africa, South America – regions with which we have not built much of a relationship yet.”

The long-term goal is to establish PPI as the global industry leader, as well as a profitable success story for the Canadian technology sector. PPI’s greatest motivation, however, is achieving and creating something beneficial for the world.

“We think we are doing the right thing, because there’s an urgent need to increase food production and find new sources of energy,” Huang comments. “A lot of countries are on the edge of not having enough food to feed their populations, but we’re creating a game-changing technology that can increase yields by 20% and enable farmers to grow decent yields in all seasons, wet and dry. I think the technology we’re developing is very important, and that is very exciting for us.”