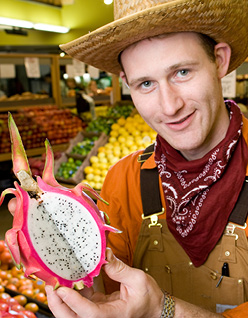 What started as a small, 1,800 square foot shop in the community of Bedford, N.S. has grown to become three major high quality food retailers.

That’s the story when it comes to Atlantic Canada’s Pete’s, beginning in 1992 with a small shop in Bedford’s Sunnyside Mall. Only five years later when, because of the success of the initial location, the store relocated to a larger, 13,000 square foot home in the Sunnyside Mall.

The flagship store continues to experience tremendous growth and success, expanding with a British Butcher section, as well as seafood section known as Fish Monger, that offers higher cuts of meat and a level of butcher service reminiscent to an English offering.

“We have a strong British clientele who love to get their British goods in our British department, which became a real mainstay once we moved,” Dianne Hamilton, COO of Pete’s, told The Canadian Business Journal.

The expansion continued with a popular juice bar, offering smoothies and healthy beverages, as well as a deli department and salad bar that provides great lunch choices including hot carvery sandwiches and fresh, customized salads. An offering of homemade style soups has also proven popular with the lunchtime crowd.

So successful, in August 2010, Pete’s adapted its lunch service into a standalone location near the Halifax waterfront. The site offers the widespread lunch menu as well as other popular choices like gourmet-to-go sandwiches.

Hamilton commented on the Pete’s To Go Go standalone store, “We hope to see that concept grow. We expect to see it expand throughout Atlantic Canada and we are certainly open to where that may go, even possibly across the country. It is still very much a pilot project but it is going well.”

The success of the first store allowed Pete’s to expand to a second location in November 2005. Adding a store in downtown Halifax, the location is unique with a décor and urban consumer different from the original store. The modern style downtown store, measuring 20,000 square feet, attracts the downtown demographic, including walk-in traffic, university shoppers, and downtown condo dwellers.

“It has been extremely successful, exceeding all of our expectations from the day we opened it,” Hamilton commented on the Pete’s of downtown Halifax.
The downtown location also served as Pete’s entry into the organic and gluten-free market, expanding with a gluten-free eatery. Demand for organic produce has spilled over to the Bedford location, as Pete’s always works to stay in touch with its customers’ desires.

The expansion continued in May of this year, with a third Pete’s opening in Wolfville, N.S., the nearby community in the heart of the Annapolis Valley. Housed in a former apple warehouse, the structure dates back nearly 100 years and holds a classic appeal. The location retained much of its former look, offering shoppers a panoramic view from its retained windows.

“The store was a lot of fun to work on,” Hamilton said. “The feedback we are getting is that [customers] are absolutely thrilled that we have brought a Pete’s to the Valley. It has been extremely successful. People are enjoying the very different décor and the building itself.”

The grand opening of the new location will be celebrated as part of a Pete’s 20th anniversary event hosted this summer.

As a smaller retailer, Pete’s competes against the conglomerates of the supermarket world. But it is the dedicated focus on customer service that attracts customers to Pete’s, separating from the competition.

The store’s founder, Pete Luckett, is acclaimed for his incredible vision and commitment to excellence, values that are reflected across the shelves of Pete’s. Store products are retailed with the best in quality and presentation, topped with excellent product knowledge and a great customer experience.

Pete’s provides local products, the best in produce, and a wide selection of exotic fruits and vegetables in always offering only the best to its clientele. This commitment is evident across all facets of the store. At Pete’s, quality is everything, from customer service to the products it offers.