TORONTO, June 16, 2021 (GLOBE NEWSWIRE) — Freedom – freedom to ride – is at the heart of a new innovation championed today by Pfaff Harley-Davidson. The Tough Turban was conceived and designed by Toronto’s Zulu Alpha Kilo, the dealership’s innovative creative partner, which developed this advancement using impact-resistant materials to better protect motorcycle enthusiasts.

“Pfaff Harley-Davidson is proud to help champion an idea that celebrates the diversity of our ridership. We are honoured to help advance the cause of diverse gear and to help build awareness for the potential of the innovation amongst our vast community of riders across Canada and around the world,” explains Brandon Durmann, Brand Marketing Specialist at Pfaff Harley-Davidson.

Since 1903, Harley-Davidson has helped shape the identity of millions of motorcyclists worldwide and represents a lifestyle and an emotional attachment. Harley-Davidson appeals to a growing community of riders, including those riders who wish to try an alternate form of head cover, other than the helmet.

“The Tough Turban further empowers Sikh riders to protect who they are,” shares Zak Mroueh, Founder and Chief Creative Officer of Zulu. “This initiative combines a lot of things we’re glad to focus on at Zulu Alpha Kilo – inclusion, innovation and our core principle that the world needs more creativity. I’m always thrilled when a team member crafts an idea inspired by their own heritage or personal experience. In this case, the idea came the team of Dan Cummings and Vic Bath, who is from a Sikh background. He was inspired by his father, who grew up in a small village in India and dreamed of owning a Harley-Davidson, which to him was the ultimate symbol of freedom.”

To bring the idea to life, Zulu tapped Spark Innovations for the preliminary design of the Tough Turban. It features emerging technologies in protective gear like non-Newtonian foam that hardens on impact, 3D-printed chainmail and a composite fabric used in bullet-proof clothing. The full design considerations for the prototype have been open-sourced and released online, enabling any manufacturer in the world access to the virtual blueprint to make their version of a reinforced turban for riders in their region. Details are available on a specially created mini-site to support the Tough Turban concept at: ToughTurban.com

“We welcomed the opportunity to share our experience in the creation of protective gear to develop a turban application,” says Chris Pearen, Design Director at Spark Innovations. “Working with a Sikh consultant, we learned about the warrior culture and created a chainmail-like matrix that could be incorporated into the traditional feeling of a turban. Just seeing how engaged the riders are with the prototype is certainly inspiring!”

COLLABORATION WITH THE SIKH MOTORCYCLE CLUB OF ONTARIO

Pfaff Harley-Davidson and Zulu Alpha Kilo recognize that the Tough Turban is still in the early stages of development, which is why they have partnered with the Sikh Motorcycle Club of Ontario to test and improve upon design elements.

Inclusivity for all Sikh riders has yet to be achieved across Canada. Helmet exemptions were first granted to turban-wearing riders in British Columbia and Manitoba in 1999. Close to 20 years later, in the fall of 2018, Ontario passed Bill 194, exempting Sikh motorcyclists from Ontario’s helmet laws. However, all other provinces in the country have failed to adopt similar legislation.

“Our members want the freedom to be able to ride from coast-to-coast-to-coast while wearing turbans,” says Jagdeep Singh, a spokesperson for the Sikh Motorcycle Club of Ontario. “We welcome the freedom to ride message that the Tough Turban touts, however for now, it strictly remains a concept. The idea needs to be developed further and tested for practical daily wear.”

“In the meantime, Sikhs should have the same freedoms to ride in Saskatchewan, Quebec and the eastern provinces. We appreciate the support to fight for these more inclusive rights and the ability to broaden the benefits that come from charitable rides led by our club.”

The Sikh Motorcycle Club considers motorcycling to be both a hobby and a means of having positive impact. In the onset of COVID-19 last year, the Ontario chapter alone conducted nine motorcycle rides to 35 distinct first responder sites to recognize the efforts of frontline workers. The club also distributed thousands of meals to vulnerable families impacted by the pandemic and held protests in support of farmer rights in India. In the past, the club has also held rides to fight cancer, as well as support people with diabetes and substance abuse challenges.

Concerns about safety are most commonly cited in discussions about helmet exemptions, but 22 years of riding with turbans have yielded precisely zero fatalities among Canadian Sikh motorcyclists.

For more information, visuals or to coordinate an interview: 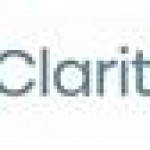