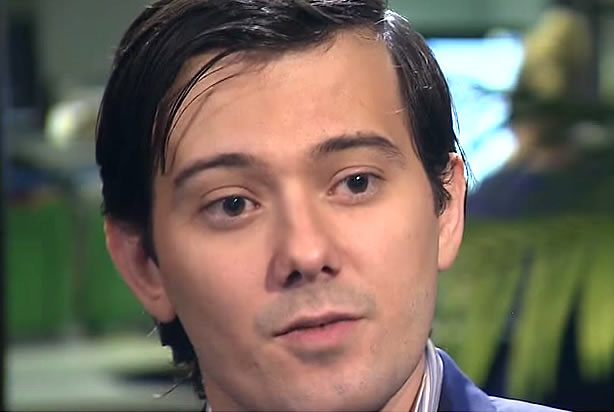 CBJ — The Chief Executive Officer of Turing Pharmaceuticals has been arrested by the FBI in New York on federal fraud charges.

Martin Shkreli, 32, who had already made headlines and sparked outrage after hiking up the price of an established medicine, has been arrested on separate fraud charges. He is accused of fraud relating to a drug company he previously headed, Retrophin, and a hedge fund, MSNB Capital Management, where he was a fund manager. He’s being accused of illegally using Retrophin assets to pay off debts after MSMB lost millions of dollars.

Just three months ago Shkreli was in the news after word leaked that he had increased the price of popular AIDS medicine Daraprim by 5,000% — from $13.50 to $750 — prompting unfavourable reaction within the pharma industry and with citizens on social media. The move led U.S. Democratic presidential candidate Hillary Clinton to vow to tackle the problem of price gouging by American pharmaceutical companies.

The FBI’s investigation dates back at early 2015, when Retrophin said it received a subpoena from prosecutors seeking information about its relationship with Shkreli.

The controversial Shkreli was also in the spotlight just a couple of weeks ago when it was revealed he paid $2 million for a lone copy of a studio album made by American hip-hop group Wu-Tang Clan.