Philippines Wants Out of Helicopter Deal 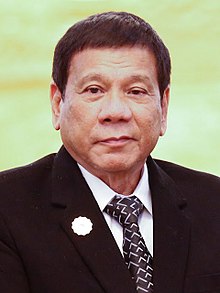 CBJ — Philippines President Rodrigo Duterte wants to cancel the $233-million deal to buy 16 helicopters from Canada. The reversal comes just days after Ottawa ordered a review of the sale on concerns about what activities the helicopters would be used for.

It seems Duterte was offended by the Canadian government’s decision to look more closely at the deal.

“I want to tell the armed forces to cut the deal … and somehow we will look for another supplier. We respect the stand of Canada,” he said.

International Trade Minister Francois-Philippe Champagne announced he had ordered a review of the deal, which was finalized in December, after a senior member of the Philippines military said the aircraft would also be used in “internal security operations.”

In the opinion of Duterte it seems clear that he feels it is none of Canada’s business.

News of the sale caused some in Canada to raise concerns over Duterte’s human rights record.

Amnesty International Canada asked whether a human rights assessment was conducted for the Philippines deal, and if any provisions are in place to ensure the helicopters are used properly.

Canada sold eight helicopters to the Philippines’ military in 2015.