Photon Control Announced as Finalist of 2019 BC Export Awards

VANCOUVER, British Columbia, Oct. 16, 2019 (GLOBE NEWSWIRE) — Photon Control Inc. (“Photon Control” or the “Company”) (TSX: PHO), a leading developer and supplier of optical measurement technologies to the global semiconductor industry, has been announced as a finalist of Business in Vancouver’s 2019 BC Export Awards in the Advancing Technology and Innovation category.
“Photon Control is proud to be named a finalist of the 2019 BC Export Awards, which pays tribute to the success of British Columbia export companies and their contributions to the local economy,” said Nigel Hunton, Chief Executive Officer. “Our nomination as a finalist in the Advanced Technology and Innovation category recognizes the Company as a global fiber optic sensor company by serving the needs of our customers and core markets with innovative products and investments in disruptive technologies.”Honouring BC’s Top Exporters:
The BC Export Awards are the province’s most prestigious awards paying tribute to the success and innovative approaches of BC export companies. The awards program annually seeks out BC’s top exporters and honours them for their achievements in 9 categories, including 8 directed at firms and 1 at individuals. The Awards are presented by Business in Vancouver, the Ministry of Jobs, Trade and Technology and the BC Division of Canadian Manufacturers & Exporters with support from annual sponsors. It is the oldest awards ceremony of its kind in Canada. Conceived in 1982, the program has recognized well over 300 companies since its inception, reflecting the growth and diversity of BC’s economy over the past 30 years.The objectives of the BC Export Awards are:To increase awareness amongst British Columbians of the important role that exporting makes to the provincial economy.To identify and reward British Columbia’s most successful and innovative exporters.To promote BC’s top exporters as corporate role models in order to stimulate greater involvement in exporting amongst the province’s business community.To further develop community awareness of the importance of exporting to the province’s economic future.Past winners of the BC Export Awards provide examples of the outstanding talent and expertise that exists within companies from across British Columbia. Many of the BC winners have gone on to international recognition.This year’s BC Export Awards will take place November 22, 2019 at the Fairmont Waterfront Hotel (900 Canada Place Way, Vancouver, BC). For more information about the BC Export Awards or to check out full list of 2019 BC Export Awards Finalists, visit www.biv.com/bc-export-awards.About Photon Control Inc.
Photon Control Inc. designs, manufactures and distributes a wide range of optical sensors and systems to measure temperature and position. These products are used by the world’s largest wafer fabrication equipment manufacturers and end users in the semiconductor and solid-state industries. Photon Control Inc.’s high quality products provide industry leading accuracy, speed and quality in the most extreme conditions and are backed by a team of experts providing a variety of on-site and remote services including custom design, installation, training and support. The Company is headquartered in an ISO 9001:2015 manufacturing facility in Vancouver, BC, has a sales and engineering office in San Jose, California and a sales distribution network across Asia. Photon Control Inc. is listed on TSX, trading under the symbol ‘’PHO.” Additional information about the company can be found at https://www.photoncontrol.com/investors/Investor Relations Contact:
IR@photoncontrol.com
CBJ Newsmakers 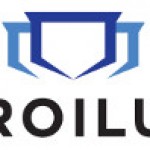 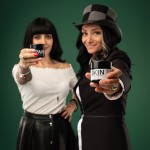