CALGARY, Alberta, April 08, 2021 (GLOBE NEWSWIRE) — Pieridae Energy Limited (“Pieridae” or the “Company”) (PEA.TO) announced today it has granted 5,000,000 common share purchase warrants (“Warrants”) to Erikson National Energy Inc. (“Erikson”). Each Warrant shall be exercisable to purchase one fully paid and non-assessable common share in the capital of Pieridae at an exercise price equal to CAD$0.70 per common share. The expiration date of the Warrants is March 31, 2026. As part of the Credit Agreement Pieridae entered into with Third Eye Capital Corporation (“TEC”) on October 16, 2019 where the Company secured a loan facility of $206.0 million, Pieridae is subject to a series of covenants. One of those covenants is maintaining a minimum market capitalization threshold of $200 million commencing June 30, 2021. In consideration of the issuance of these Warrants, this covenant has now been removed.

“We are very pleased that our primary lender TEC through its portfolio company Erikson continues to show strong support for Pieridae,” said Pieridae’s Chief Financial Officer Rob Dargewitcz. “This agreement demonstrates TEC’s commitment to our company and is a tangible vote of confidence in what we are focused on achieving as the largest Foothills producer in North America and the developer of the multi-billion-dollar Goldboro LNG Project off Canada’s East Coast.”

About Pieridae:
Founded in 2011, Pieridae, a majority Canadian owned corporation based in Calgary, is focused on the development of integrated energy-related activities, from the exploration and extraction of natural gas to the development, construction and operation of the Goldboro LNG facility and the production of LNG for sale to Europe and other markets. Pieridae is on the leading edge of the re-integration of the LNG value chain in North America. After completion of all the transactions disclosed in this news release, Pieridae has 157,641,871 common shares issued and outstanding which trade on the TSX (“PEA.TO”). 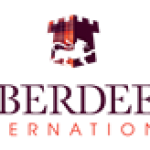 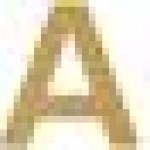