NOT FOR DISTRIBUTION TO UNITED STATES NEWS WIRE SERVICES OR
DISSEMINATION IN UNITED STATESCALGARY, Alberta, May 05, 2020 (GLOBE NEWSWIRE) — Pieridae Energy Limited (Pieridae or the Company) (TSXV: PEA) today announced it has negotiated extensions of the key deadlines under its 20-year agreement with German energy company Uniper Global Commodities (Uniper). These include expected commercial deliveries of gas to Uniper to start between August 31st, 2025 and February 28th, 2026; and the extension to June 30, 2021 of the deadline to make a positive final investment decision (FID) for the Company’s proposed Goldboro LNG facility. The 20-year agreement with Uniper is for the liquefied natural gas produced at Goldboro Train 1 or 4.8 mmtpa (million tonnes per annum).
A redacted copy of the agreement and a copy of the recent amendment are available on SEDAR which have been filed as “other material contracts”.“We recently expressed confidence we would sign key deadline extensions with Uniper related to FID for our Goldboro LNG facility and Pieridae is pleased to announce those extensions today. Our relationship with Uniper remains strong and we very much appreciate their on-going support,” said Pieridae CEO Alfred Sorensen.“We remain focused on progressing work with KBR to deliver a fixed price contract to build the gas liquefaction facility. Pieridae has begun to contract for services outside the primary engineering, procurement and construction contract with the intent to begin the site preparation work as soon as possible. Some of these activities include building the wharf and jetty, road reconstruction, and constructing the work camp.“Over the last several weeks we have seen projects in Australia, Africa and the Gulf Coast either cancelled or delayed indefinitely due to the challenging energy market. We believe this is an opportunity for Canada to enter into this industry at a time when others are exiting. Our Goldboro LNG Project is fundamentally sound‎ and with fewer competing projects, now is the time to proceed,” concluded Sorensen.About Pieridae
Founded in 2011, Pieridae, a majority Canadian owned corporation based in Calgary, is focused on the development of integrated energy-related activities, from the exploration and extraction of natural gas to the development, construction and operation of the Goldboro LNG facility and the production of LNG for sale to Europe and other markets. Pieridae is on the leading edge of the re-integration of the LNG value chain in North America. After completion of all the transactions disclosed in this news release, Pieridae has 157,641,871 common shares issued and outstanding which trade on the TSX Venture Exchange (“PEA”).For further information please contact:Forward-Looking Statements
Certain statements contained herein may constitute “forward-looking statements” or “forward-looking information” within the meaning of applicable securities laws (collectively “forward-looking statements”). Words such as “may”, “will”, “should”, “could”, “anticipate”, “believe”, “expect”, “intend”, “plan”, “potential”, “continue”, “shall”, “estimate”, “expect”, “propose”, “might”, “project”, “predict”, “forecast” and similar expressions may be used to identify these forward-looking statements.  Forward-looking statements involve significant risk and uncertainties.  A number of factors could cause actual results to differ materially from the results discussed in forward-looking statements including, but not limited to, risks associated with the Goldboro project, the ability to meet project completion timelines, benefits to be derived from the project, and other risks and uncertainties described elsewhere herein or in Pieridae’s other filings with Canadian securities regulatory authorities.Forward-looking statements are based on a number of factors and assumptions which have been used to develop such forward-looking statements, but which may prove to be incorrect. Although it is believed that the expectations reflected in such forward-looking statements are reasonable, undue reliance should not be placed on forward-looking statements because no assurance can be given that such expectations will prove to be correct. Additional information on factors that could affect operations and financial results are included in reports of Pieridae on file with Canadian securities regulatory authorities and may be accessed through the SEDAR website (www.sedar.com), and at Pieridae’s website (www.pieridaeenergy.com).Although the forward-looking statements contained herein are based upon what management believes to be reasonable assumptions, management cannot assure that actual results will be consistent with these forward-looking statements. The forward-looking statements contained herein are made as of the date hereof and Pieridae has no obligation to update publicly or revise any forward-looking statements, whether as a result of new information, future events or otherwise, except as required by applicable securities laws.Neither TSX Venture Exchange nor its Regulation Services Provider (as that term is defined in policies of the TSX Venture Exchange) accepts responsibility for the adequacy or accuracy of this release.
CBJ Newsmakers 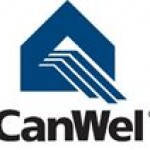 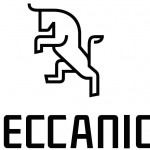