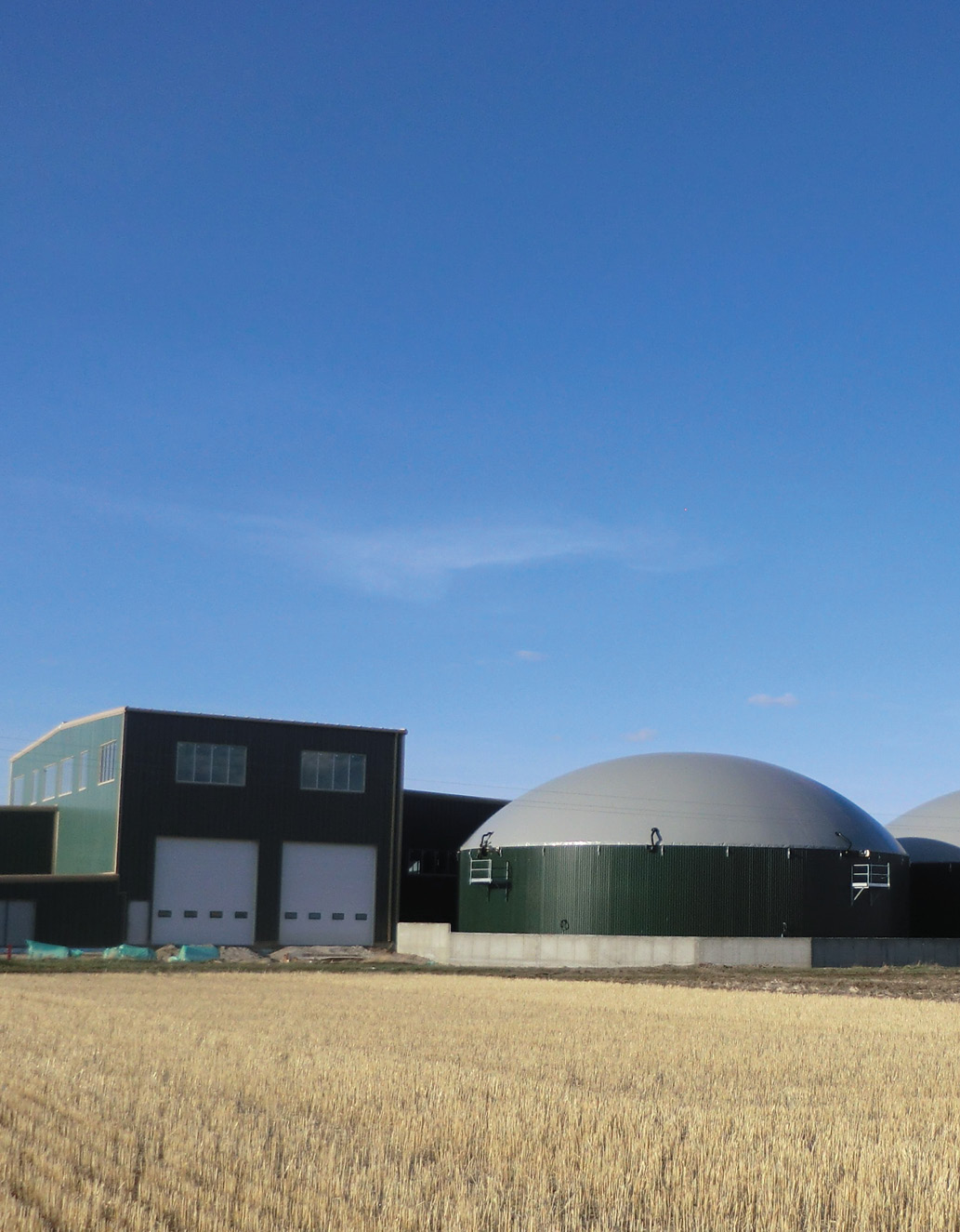 Over the past decade, renewable energy has spread rapidly through North America and led to the construction of many hydro, wind and solar power systems.

Yet, there are organizations that believe the best way of producing renewable energy – through biogas – has fallen by the wayside. One such organization is EPC contractor PlanET Biogas Solutions, who plans to bring biogas into the spotlight.

Based in Ontario, PlanET Biogas Solutions began in 2006 as a joint venture and only became a wholly owned, North American subsidiary of its German parent company PlanET Biogastechnik in 2012. General Manager Derek Hundert, who joined the company that same year, says this change benefited PlanET by improving its integration and resource sharing with the older parent company, giving it direct access to the global business’s advanced experience, expertise and biogas technology.

Hundert himself, who previously managed projects for an oil company in Western Canada, confesses to a lack of knowledge in bioenergy before he looked into joining PlanET. His existing interest in renewable energy encouraged him to learn more about biogas and what it could offer compared with other renewable technologies.

“I quickly discovered the significant advantages and opportunities that biogas could offer both clients and the environment, and I embraced the concept,” he says. He argues that generating energy from biogas could even be preferable to wind or solar generation.

“Biogas offers a wide array of benefits and numerous advantages for both the customer and society as a whole, that you don’t get from other renewable technologies,” says Hundert. “Biogas is generated from organic waste that would otherwise go to landfill; we take that and make usable energy from it, while capturing the nutrients in those organics and diverting them back to agricultural land through the process’s byproducts. These act as an organic fertilizer, reducing the need for chemical fertilizers.”

In addition to returning nutrients to the soil, PlanET’s digestate byproduct also helps reduce the odour of manure on agricultural land, providing a nice benefit for people living near the farm.

Fundamentally, PlanET’s biogas technology not only produces energy, but also treats and transforms waste into a useful byproduct that serves as an organic fertilizer. It is a recycling process that produces energy.

A wide range of waste can be used to generate biogas, and PlanET’s proprietary technology makes that range even wider. Hundert explains that the company’s history is in agriculture, meaning much of the input material it uses is animal manure. It augments this with consumer and industrial waste, taking food waste from homes, restaurants and factories.

PlanET has a couple of proprietary technologies that allows its facilities to process a greater range of waste than competitor-built facilities. These, like all of PlanET’s systems, have a modular design that enables facilities to be upgraded and changed over time to process different types of waste input.

One of the company’s proprietary innovations is its patented ‘dry feeding’ technology, which allows solids to be fed into a digester in place of liquids. “It opens up additional options for processing food waste, so it’s a really good piece of technology that our customers are very interested in,” says Hundert. “We see it as one of the the cornerstone offerings to our systems.”

Then there is PlanET’s pasteurization technology, which enables biogas facilities to handle higher-risk substrates in accordance with local environmental regulations. “We are able to safely manage and divert that high-risk material from going into landfill, instead using it in an effective way to make energy and useful byproducts,” Hundert comments. “That’s something I’m quite proud of.”

A recent project in Western Canada provided a unique opportunity for PlanET to utilise these and other proprietary technologies. The Lethbridge Biogas Plant in Alberta came about through a chance meeting between PlanET and ECB Enviro North America, who had been searching for years for a partner whose technology could make their new – and rather controversial – idea for a biogas plant a reality.

ECB wanted to build a plant that could process dead stock along with manure and food waste from the meat packaging industry. For this purpose, the plant needed to be able to process that waste and destroy the pathogens it contained so that it would be safe to return to the land. PlanET had the technological capability to achieve that, and in August 2011 it entered into a partnership with ECB to build a 2.85MW waste facility in Lethbridge on a turnkey basis.

The project has brought with it both technical and logistical challenges. First, the facility will be the first of its kind in North America, meaning PlanET is working at the cutting edge and having to develop the design as it goes. Second, the controversial nature of the plant’s waste source has needed addressing.

“This is a new technology that needs to be explained and understood; we’ve had to educate the public and local authorities on what we’re doing,” explains Hundert. “We’ve been showing people that this is a proven technology that will work, while implementing their feedback into our design where necessary.”

The Lethbridge Biogas Plant is now at commissioning stage and PlanET expects biogas production to have begun by August. Hundert says getting the plant operational will be a “cornerstone achievement” for PlanET and a grand demonstration of its technology.

Besides its ability to develop ground-breaking technology, PlanET prides itself on its commitment to customers. The company offers a comprehensive service package with every plant it sells, which among other things guarantees it will source new parts immediately should any problems arise.

“We’re really vested in the long-term success of the plants we build; this comes through in the detailed execution planning we do, to ensure a robust system that will take a company through the various operating scenarios they’ll encounter,” says Hundert. “It means that we are confident our facilities will perform as specified – not only on Day 1, but years down the road.”

“My gauge of success, long term, will be to push this technology and our company so that biogas becomes more of a household terminology; a technology thought of as another major player in North America’s renewable energy market, alongside wind and solar,” says Hundert.

“We’re proud supporters of the Biogas Association in Ontario and the American Biogas Council, and, like them, we see biogas as a technology applicable to a lot of the problems people have. That’s why we’re called PlanET Biogas Solutions – we provide solutions to real problems existing in the market place and we want to get that message out.”