TORONTO, Sept. 16, 2020 (GLOBE NEWSWIRE) — Platinex Inc. (CSE: PTX) (the “Company” or “Platinex“) is pleased to announce that it has commenced a comprehensive exploration program on its Shining Tree property in the Abitibi Greenstone Belt of northern Ontario. The property is the largest holding in the Shining Tree Gold District at 20,750 ha (51,274ac.) situated along the Ridout-Tyrrell trend between the Juby deposit to the east and the mine development stage Cote Gold deposit to the west. The development of a new Abitibi gold mine at Cote Gold was officially highlighted last week with a ground breaking ceremony including the participation of Canada’s Prime Minister, Justin Trudeau and Ontario Premier, Doug Ford.
Mr. James R. Trusler, Chairman of Platinex, stated, “The current exploration program will focus on the under-explored 21 kilometres of the Ridout-Tyrrell deformation zone and associated syenite intrusives. This major deformation zone trends as far west as Borden Lake, through the area of Iamgold’s Cote Gold deposit, directly through the Platinex Shining Tree Property and on to Caldas Gold’s gold project which includes the Juby deposit. A key initial target for Platinex along this trend will be the Caswell prospect which hosts a 700m wide east-west corridor of shear zones and quartz veining.”Other areas of the property are underlain by numerous gold in till anomalies. Additional till sampling will be done to follow-up and expand on the previous till sampling programs with an emphasis over the next two years to test for evidence of gold deposits associated with the Ridout-Tyrrell deformation zone. This will be supported with airborne magnetometer surveys, to commence shortly, and LIDAR surveys to facilitate more accurate geological mapping.A mechanical stripping and channel sampling program will commence next week on the eastern portion of the Caswell prospect, which is underlain by a quartz-carbonate vein swarm within an approximately 700m wide corridor of shearing and alteration. The corridor has been defined over a known strike extent of 300m, before being obscured by overburden. Many of the veins have been indicated to contain significant gold mineralization in the past and Platinex’s work to date supports this previous unqualified reporting. Platinex has prioritized several previously trenched areas including Trench 1 where a high gold in till result (69 gold grains mostly pristine) and a nearby grab sample grading 27 g/t Au were obtained in 2010 and require additional mechanical stripping. Results from the stripping and channel sampling work will provide input to a diamond drilling program later in the fall which will test strike extensions of the vein systems beneath deeper overburden areas and test the width of the zone. Maps have been provided to illustrate the scale of the property and the unexplored length of the Ridout-Tyrrell deformation zone as well as the location of the Caswell prospect.The Company has also received $150,000 from the proceeds of the exercise of 3,000,000 warrants pursuant to the previously announced mining acquisition agreement with Treasury Metals Inc. The Company has also agreed to extend the expiry date for the remaining 2,000,000 warrants until October 15, 2020.A photo accompanying this announcement is available at https://www.globenewswire.com/NewsRoom/AttachmentNg/91a4f8fa-57fa-40c3-9b5b-5ece47f6cce7Lori Paradis, Assistant Secretary
Tel: (416) 268-2682
Email: lparadis@platinex.com
Web: www.platinex.comAbout Platinex Inc. – Advancing a District Scale Project in an Abitibi Gold Camp
Platinex is focusing its efforts on the exploration of its property in the Shining Tree District. Platinex has created the largest combined gold focused property package in the Shining Tree District, northern Ontario, which has received little modern exploration compared to other gold camps in the Abitibi Greenstone Belt. The Company is also utilizing its proprietary data to seek financial backing to secure and advance major Platinum Group Element properties in North America. Shares of Platinex are listed for trading on the Canadian Securities Exchange under the symbol “PTX”.To receive Company press releases, please email lparadis@platinex.com and mention “Platinex press release” on the subject line.FORWARD-LOOKING STATEMENTS:This news release may contain forward-looking statements and information based on current expectations. These statements should not be read as guarantees of future performance or results. Such statements involve known and unknown risks, uncertainties and other factors that may cause actual results, performance or achievements to be materially different from those implied by such statements. Such statements include use proprietary data to seek financial backing to advance its platinum group properties, submission of the relevant documentation within the required timeframe and to the satisfaction of the relevant regulators, completing the acquisition of applicable assets and raising sufficient financing to complete the Company’s business strategy. There is no certainty that any of these events will occur. Although such statements are based on management’s reasonable assumptions, there can be no assurance that such assumptions will prove to be correct. We assume no responsibility to update or revise them to reflect new events or circumstances, except as required by applicable securities laws.Investing into early stage companies, inherently carries a high degree of risk and investment into securities of the Company shall be considered highly speculative.This press release shall not constitute an offer to sell or the solicitation of an offer to buy nor shall there be any sale of the securities in any province in which such offer, solicitation or sale would be unlawful. The securities issued, or to be issued, under the Private Placement have not been, and will not be, registered under the United States Securities Act of 1933, as amended, and may not be offered or sold in the United States absent registration or an applicable exemption from registration requirements.The Canadian Securities Exchange has not passed upon the merits of the Private Placement and has not approved nor disapproved the contents of this press release. 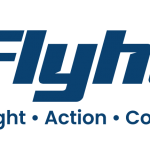 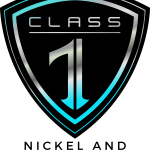