NOT FOR DISSEMINATION IN THE UNITED STATES OR OVER UNITED STATES NEWSWIRE SERVICES
TORONTO, June 17, 2020 (GLOBE NEWSWIRE) — Plato Gold Corp. (TSX-V: PGC) (“Plato” or the “Corporation”) is pleased to announce that further to its news release dated May 21, 2020, it has increased and completed a non-brokered private placement (the “Offering”) of 3,069,990 common shares (“Shares”) at a price of CAN$0.05 per Share for gross proceeds of $153,500.The securities issued pursuant to the Offering will be subject to a four month and one day statutory hold period.The Corporation intends to use the net proceeds from the Offering on exploration to advance the Good Hope Niobium Property, the Pic River PGM Project, and for general working capital purposes.The participation in the Offering by Greg Wong, James Cohen, and Anthony Cohen are “related party transactions” as such terms are defined by Multilateral Instrument 61-101 – Protection of Minority Security Holders in Special Transactions (“MI 61-101“), requiring the Corporation, in the absence of exemptions, to obtain a formal valuation for and minority shareholder approval of the “related party transactions”. The Corporation is relying on an exemption from the requirement to obtain formal valuation and minority shareholder approval as the fair market value of the participation in the Offering by the Insiders does not exceed 25% of the market capitalization of the Corporation, as determined in accordance with MI 61-101.Completion of the Offering is subject to certain conditions including, but not limited to, the receipt of all necessary approvals, including the approval of the TSX Venture Exchange and applicable securities regulatory authorities.This press release does not constitute an offer to sell or a solicitation of an offer to buy any of the securities in the United States. The securities have not been and will not be registered under the United States Securities Act of 1933, as amended, (the “U.S. Securities Act”) or any state securities laws and may not be offered or sold within the United States or to or for the account or benefit of a U.S. person (as defined in Regulation S under the U.S. Securities Act) unless registered under the U.S. Securities Act and applicable state securities laws or an exemption from such registration is available.About Plato Gold Corp.Plato Gold Corp. is a Canadian exploration company listed on the TSX Venture Exchange with projects in Marathon Ontario, Timmins Ontario and Santa Cruz, Argentina.The Good Hope Niobium Project consists of a total of 254 claims, consisting of 227 Single Cell Mining Claims and 27 Boundary Cell Mining Claims, and covers an area of approximately 5,146 hectares in Killala Lake Area and Cairngorm Lake Area Townships, near Marathon Ontario. Plato holds 100% interest in the Good Hope Niobium Property.The Pic River Platinum Group Metals (PGM) Project consists of a total of 111 Single Cell Mining Claims and covers an area of approximately 2,247 hectares in Foxtrap Lake and Grain Township, Thunder Bay Mining District, in Ontario, including 19 claims on the eastern boundary next to Generation PGM.The Timmins Ontario project includes 4 properties: Guibord, Harker, Holloway and Marriott in the Harker/Holloway gold camp located east of Timmins, Ontario. Plato holds 50% interest in the Guibord property with the remaining 50% held by Osisko Mining Inc. (“Osisko”). Osisko also holds 80% interest in the Harker property with Plato holding the remaining 20%.In Argentina, Plato owns a 75% interest in Winnipeg Minerals S.A. (“WMSA”), an Argentina incorporated company. The Lolita Property, held by WMSA, is comprised of a number of contiguous mineral rights totaling 9,672 hectares. Work has advanced on this exploration property to the point that it is drill-ready or ready to be optioned to a partner.For additional information, please visit: www.platogold.com or contact:Anthony Cohen
President and CEO Plato Gold Corp.
T: 416-968-0608
F: 416-968-3339
info@platogold.com www.platogold.comNeither TSX Venture Exchange nor its Regulation Services Provider (as that term is defined in the policies of the TSX Venture Exchange) accepts responsibility for the adequacy or accuracy of this release.CAUTIONARY STATEMENT REGARDING FORWARD-LOOKING INFORMATION: This news release includes certain “forward-looking information” within the meaning of applicable Canadian securities laws. Forward looking information includes, but is not limited to, statements, projections and estimates with respect to the Offering, the potential mineralization and resources, exploration results, and future plans and objectives. Generally, forward-looking information can be identified by the use of forward-looking terminology such as “plans”, “expects” or “does not expect”, “is expected”, “budget”, “scheduled”, “estimates”, “forecasts”, “intends”, “anticipates” or “does not anticipate”, or “believes”, or variations of such words and phrases or state that certain actions, events or results “may”, “could”, “would”, “might” or “will be taken”, “occur” or “be achieved”. Such information is based on information currently available to Plato and Plato provides no assurance that actual results will meet management’s expectations. Forward-looking information by its very nature involves inherent risks and uncertainties that may cause the actual results, level of activity, performance, or achievements of Plato to be materially different from those expressed or implied by such forward-looking information. Actual results relating to, among other things, approval and completion of the Offering, results of exploration, project development, reclamation and capital costs of Plato’s mineral properties, and Plato’s financial condition and prospects, could differ materially from those currently anticipated in such statements for many reasons such as: changes in general economic conditions and conditions in the financial markets; changes in demand and prices for minerals; litigation, legislative, environmental and other judicial, regulatory, political and competitive developments; technological and operational difficulties encountered in connection with Plato’s activities; and other matters discussed in this news release and in filings made with securities regulators. This list is not exhaustive of the factors that may affect any of Plato’s forward-looking statements. These and other factors should be considered carefully and accordingly, readers should not place undue reliance on forward-looking information. Plato does not undertake to update any forward-looking information, except in accordance with applicable securities laws. 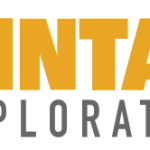 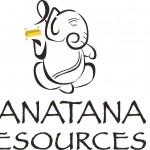