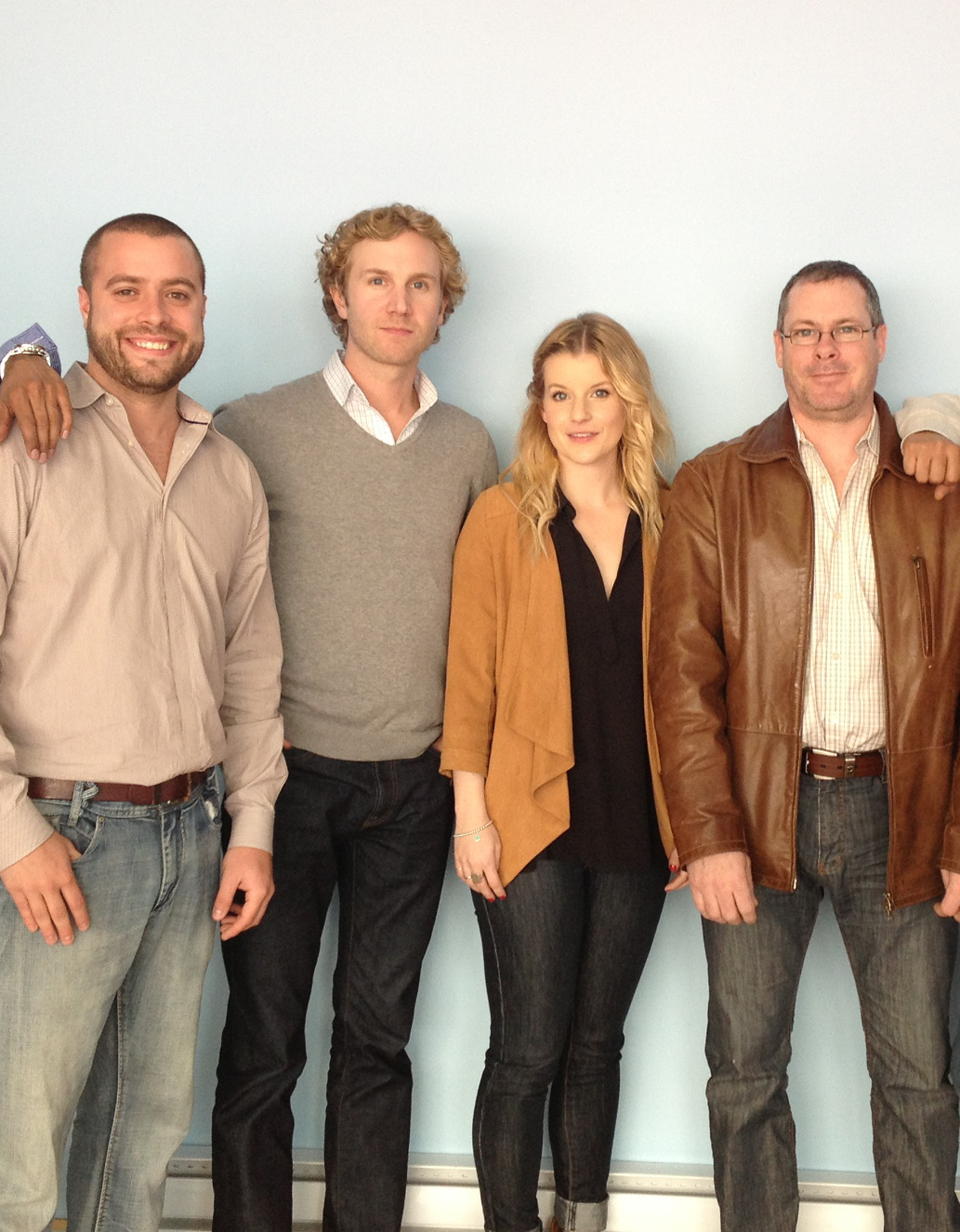 Founded in 2008, Play Taxi Media (“Play”) is leading the way in providing effective interactive campaigns to Canadian advertisers.  Play owns and operates the only national network of interactive tablets deployed in taxis in Canada and is the 5th largest worldwide.

Driven by an engaging technology platform that encompasses the best elements of online, broadcast, and out-of-home, Play tailors its approach to meet the needs and goals of each client.  This style not only increases awareness, but also creates immediate opportunities for consumer engagement, while tracking and measuring the performance of each campaign extensively.

“There aren’t a lot of situations in which you have the consumer captivated for this amount of time,” Zac Killam, President and CEO of Play Taxi Media, told The Canadian Business Journal. “Trips average about 15 minutes and represent a really strong opportunity to showcase different types of products through video and interaction, and to actually have the rider engaged.”  Killam notes that Play has seen its premium advertising space sold out in recent months.

Originally launched in Vancouver, the concept proved successful with regional advertisers such as local hotels and restaurants. In addition, larger brands who had tried the medium were impressed by the results but desired national scale to utilize it consistently.

As a result, Play Taxi Media launched a significant growth strategy that targeted Canada’s major markets, growing its viewership to more than 2 million individual taxi riders per month, and generating close to 6 million impressions to the audience each month. From its initial 25 screens in Vancouver, Play Taxi Media has today established a national presence that spans Vancouver, Calgary, and Toronto, where it has acquired taxi partnerships and advertising agreements in each city.

“When we began talking about growth of the business, it became apparent that we needed to build a national platform,” added Omar Dhalla, COO and Vice-President of Business Development with Play Taxi Media. “To do that effectively, you really need a reliable and scalable technology. We determined that we needed to not only deploy a solution that would serve our purposes from a technology perspective, but one that had also been used in a big way by advertisers.”

Play then built a relationship with Touchmedia, based in Shanghai, which has the largest network in this space in the world, with over 50,000 tablets deployed.

The two firms soon partnered, with Play Taxi Media acquiring an exclusive license of the Touchmedia solution for North America.

“We thought it was very important for us to go national, though that ambition was not without challenges,” Dhalla said. “Fast forward to today and we have a waiting list for our screens, which is a testament to our strategy, but also to the execution of that strategy by our team.”

Chairman John McLean, from Ansera Capital Partners, brings significant media property investment experience to Play and noted his impression of Touchmedia, “The equipment has been used, tested, and gone through various iterations, and its licensing has allowed Play to focus on building a media company utilizing technology, which is where the revenue is generated.”

“I believe we’re seeing a shift away from traditional television, radio, and print advertising and into more interactive and targeted advertising where you can see the trends of how people consume media. There was a major footprint that was available in the three major markets from a growth perspective. As an investor, we knew Play was building a strong team that could deliver growth, so I was encouraged and that’s what made us decide to invest.”

Well served by its successful Canadian expansion and its ability to license world-class technology, Play Taxi Media is a unique vision that delivers a valuable demographic for its many advertisers.

“I feel that a campaign on the Play Taxi Media Screen is better than a television ad.”

“Television has been the predominant buy for large brands. We weren’t necessarily going to beat TV, but as we’ve convinced advertisers to come on board, we’ve really performed,” reflected Dhalla. “We’re bringing back many of the advertisers that we work with, at about a 70 per cent repeat buy rate within 12 months, which is very high.

“The entire Play Taxi Media campaign team are an absolute pleasure to work with. They approach relationships as true partners, taking the time and initiative to understand your brand, industry and business opportunities upfront, and most importantly, how their product and approach can be leveraged to meet the goals of your organization. Within a very short time frame, they developed a compelling targeted and on-brand campaign that delivered increased awareness, engagement and immediate results. Play Taxi’s passion and positive client service philosophy make working with them as a new client a rich and rewarding experience.”

Play Taxi Media has redefined audience engagement. Whereas traditional advertising methods – highway billboards come to mind – grab a glance for mere seconds, Play’s platform accounts for nearly a  minute of audience engagement with each ad, where consumers can interact with in-depth, multi-faceted content. Play has delivered interactive media advertising to the mainstream, working with brands such as Disney, CBC, MasterCard, Canon, Starbucks,  TELUS and Toyota.

“The Play Taxi Media network has delivered tremendous results for Flight Centre. The Play team is very skilled at creating interactive content that engages with viewers. They built an app that both educates consumers about Flight Centre destinations around the world and enters interested viewers in a contest to win a trip for two to one of those destinations. The amount of viewers signing up for the trip and to learn more about Flight Centre promotional offers has surpassed even our high expectations. I would strongly recommend that brands work with Play Taxi Media if they want to drive engagement and educate consumers about their products.”

“On any given campaign, we’re looking at a 7 to 12 per cent engagement level. Compare that to online and you might get a 0.1 per cent engagement level, and it’s not only the level of engagement, but the amount of time spent,” described Steve Lowry, Co-Founder and CFO of Play Taxi Media. “Our platform results in high recall rates and it’s why national and global brands continue to renew with us.”

On the roadmap for Play is expansion into several other cities across Canada, increased network size in existing markets, and a potential game changer, digital online certification of an out-of-home network. “This will allow online advertisers to extend their online buy into Play’s tablet environment that has stronger metrics for interaction, time spent and consumer recall,” notes Killam.