Financial Results for the Three and Twelve Months Ended December 31, 2017

“2017 was a pivotal year for our company as we deployed the capital we raised in our December 2016 IPO to position Polar Power as a market leader of backup DC power systems in the United States,” said Polar Power CEO, Arthur Sams. “Although the necessary steps taken in 2017 negatively impacted our year-over-year financial performance, we believe the foundation building we completed in 2017 has set the stage for substantial revenue growth in 2018 and beyond.”

“During 2017 we built a strong domestic and international sales staff, obtained new vendor approvals, engaged in field trails, expanded our R&D efforts, introduced new products and increased our manufacturing resources. With respect to the progress made in such a short period of time, at the end of 2016 we had only one Tier-1 wireless carrier customer that drove 95% of our domestic revenues and we were listed with zero overseas carriers. Today, we are an approved vendor to the top 4 U.S. wireless carriers and 32 overseas carriers and our customer concentration has dramatically improved in that sales to our largest wireless carrier customer in 2016 now represent less than 30% of our total net sales.

“Although we have received some early success from Tier-1 wireless carriers in the U.S., which we believe will provide us with sustainable growth during 2018, we continue to introduce our DC technology and its advantages to our international clients and we anticipate positive results in 2018. In the fourth quarter of 2017, we established a sales and administrative presence in Australia to provide a regional footprint that competes with small, local competitors and closely resembles the telecom infrastructure in the United States. We anticipate leveling the playing field in terms of costs and after-market support with a much lower duration in sales cycles, while we continue to develop our presence in other regions,” continued Sams.

“Outside of our core telecom market we are also seeing macro tailwinds with the new U.S. administration that is accelerating our progress with our core military customers and new discussions with additional branches of the military and federal government. This was further demonstrated in the fourth quarter of 2017, and now in the first quarter of 2018, with increased orders from Oshkosh Defense and our recent progress in the U.S. Army’s robotic mule program. Based upon this progress and our participation in several R&D discussions and programs, we expect the U.S. military and federal government to become a material driver of new revenue growth in the years to come.

“In all, we have never been more excited about the progress made and the immense opportunities our portfolio of DC power systems currently address. We believe that our strong balance sheet, conservative cash management strategy, improved corporate governance team and product approvals by our key target customers will yield both short-term and long-term success. We look forward to sharing more on our developing story at the upcoming 30th Annual ROTH Conference on March 12, 2018 in Dana Point, California,” concluded Sams.

To access the call, please use the following information:

Please call the conference telephone number 5-10 minutes prior to the start time. An operator will register your name and organization. If you have any difficulty connecting with the conference call, please contact MZ Group at 1-949-491-8235.

The conference call will be broadcast live and available for replay http://public.viavid.com/index.php?id=128251 and via the investor relations section of the Company’s website at www.polarpower.com.

Safe Harbor Statement Under the Private Securities Litigation Reform Act of 1995
With the exception of historical information, the matters discussed in this press release including, without limitation, Polar Power’s belief that it is positioned for substantial revenue growth in 2018 and beyond; Polar Power’s expectation that sales to its customers will increase over the course of the next several months; the expectation that Polar Power’s gross profit as a percentage of net sales will return to within a range of 36%-42%; Polar Power’s anticipation that it will level the playing field in its sales to customers in Australia; Polar Power’s expectation that U.S. military and federal government will become a material driver of new revenue growth in the years to come; and Polar Power’s belief that its strong balance sheet, conservative cash management strategy, improved corporate governance team and product approval by its key customers will yield both short-term and long-term success are forward-looking statements and considerations that involve a number of risks and uncertainties. The actual future results of Polar Power could differ from those statements. Factors that could cause or contribute to such differences include, but are not limited to, adverse domestic and foreign economic and market conditions, including demand for DC power systems; raw material and manufacturing costs; changes in domestic and foreign governmental regulations and policies; and other events, factors and risks previously and from time to time disclosed in Polar Power’s filings with the Securities and Exchange Commission including, specifically, those factors set forth in the “Risk Factors” section contained in Polar Power’s Form 10-Q filed with the Securities and Exchange Commission on November 13, 2017. 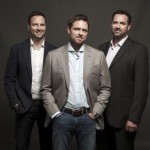 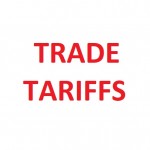