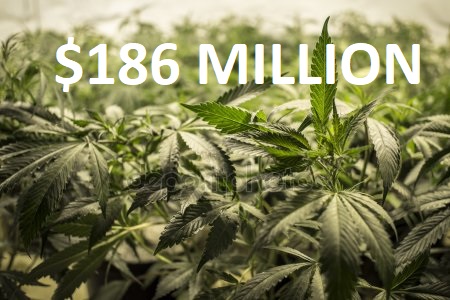 CBJ — Figures released by Statistics Canada indicate the federal and provincial governments earned $186 million in cannabis-related revenue in the first five-and-a-half months since legalization in October.

The Ottawa-based agency said revenue came from product-specific excise taxes and general taxes on goods and services, such as the Harmonized Sales Tax, directly related to the sale of cannabis.

It added that excise taxes increased by 12.4% in the first quarter of 2019 compared with the fourth quarter of 2018 on higher sales by licensed producers to distributors.