VANCOUVER, British Columbia and IRVINE, Calif., July 08, 2021 (GLOBE NEWSWIRE) — PowerTap Hydrogen Capital Corp. (NEO: MOVE)(FWB: 2K6)(OTC: MOTNF) (“PowerTap” or the “Company” or “MOVE”) is pleased to announce that its wholly-owned subsidiary, PowerTap Hydrogen Fueling Corp. (“PowerTap Fueling”) has completed the engineering design of the PowerTap Gen3 making significant improvements in its steam methane reformer (SMR) that increases the production of hydrogen, reduces feedstock requirements, and extends the life of the SMR. The design of the SMR remains subject to revisions, pending the successful manufacturing of a prototype that achieves all of the functionalities as intended. The diagram below illustrates the current design of the SMR.

The effectiveness of the improvements to the SMR design as mentioned above, remain subject to testing during the manufacturing process, and may be amended as required.

With the completion of engineering design, the Company is in the process of finalizing arrangements for the manufacturing of the prototypes of the PowerTap Gen3 unit. The Company will provide updates on this phase when material developments occur. The Company is also finalizing its pre-application packages for the first three sites in the California counties of Monterey and Humboldt to submit in Summer 2021. The company’s efforts over the next few months will be focused on working closely with the California Hydrogen Business Council (CHBC) and the California Governor’s Office of Business and Economic Development (GO-Biz), to process the application and, separately, obtaining authorization for its Low Carbon Fuel Standard (LCFS) Hydrogen Refueling Infrastructure (HRI) credits from the California Air Resources Board (CARB).

Kelley Owen, Chief Operating Officer of PowerTap Fueling, stated, “The incorporation of these major design changes to the current applications represent significant improvement in the production of hydrogen today.”

Specifically, this news release contains forward-looking statements relating to, but not limited to: the successful design and installation of the PowerTap fueling units, the availability of RNG feedstock to produce blue hydrogen, PowerTap becoming eligible to earn HRI credits under the LCFS carbon credit program, the liquidity of a secondary market to sell the carbon credits, forecasts, estimates, expectations and objectives for future operations. These forward-looking statements are subject to a number of assumptions, risks and uncertainties, many of which are beyond the control of PowerTap. Some assumptions include, without limitation, the development of hydrogen powered vehicles by vehicle makers, the adoption of hydrogen powered vehicles by the market, legislation and regulations favoring the use of hydrogen as an alternative energy source, the qualification for carbon credits, the Company’s ability to build out its planned hydrogen fueling station network, and the Company’s ability to raise sufficient funds to fund its business plan. Forward-looking statements are statements that are not historical facts and are generally, but not always, identified by the words “expects”, “plans”, “anticipates”, “believes”, “intends”, “estimates”, “projects”, “potential” and similar expressions, or that events or conditions “will”, “would”, “may”, “could” or “should” occur or be achieved. This press release contains forward-looking statements pertaining to, among other things, the timing and ability of the Company to complete any potential investments or acquisitions, if at all, and the timing thereof. Forward-looking information is based on current expectations, estimates and projections that involve a number of risks, which could cause actual results to vary and, in some instances, to differ materially from those anticipated by the Company and described in the forward-looking information contained in this press release.

A photo accompanying this announcement is available at https://www.globenewswire.com/NewsRoom/AttachmentNg/d92f6cf1-4254-41a1-8d3b-3bd0e94d44df 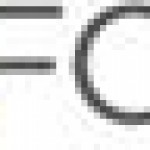 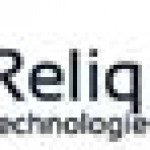