VANCOUVER, British Columbia and IRVINE, Calif., June 14, 2021 (GLOBE NEWSWIRE) — PowerTap Hydrogen Capital Corp. (NEO: MOVE)(FWB: 2K6)(OTC: MOTNF) (“PowerTap” or the “Company” or “MOVE”) is pleased to announce that, further to its announcement on June 7, 2021, the Company has completed its name change to “PowerTap Hydrogen Capital Corp.”, effective as of the date hereof. This name change is in conjunction with the Company’s transition to a single purpose hydrogen fueling technology company, previously announced on June 1, 2021. Financial results will be reported on a consolidated basis for the period commencing June 1, 2021. The Company will continue to trade under the stock symbols “MOVE” on the NEO Exchange (“NEO”), “MOTNF” on the OTC Markets, and “2K6″ on the Frankfurt Stock Exchange.

Specifically, this news release contains forward-looking statements relating to, but not limited to: the successful installation of the PowerTap fueling units, the availability of RNG feedstock to produce blue hydrogen, PowerTap becoming eligible to earn HRI credits under the LCFS carbon credit program, the liquidity of a secondary market to sell the carbon credits, forecasts, estimates, expectations and objectives for future operations. These forward-looking statements are subject to a number of assumptions, risks and uncertainties, many of which are beyond the control of PowerTap. Some assumptions include, without limitation, the development of hydrogen powered vehicles by vehicle makers, the adoption of hydrogen powered vehicles by the market, legislation and regulations favoring the use of hydrogen as an alternative energy source, the qualification for carbon credits, the Company’s ability to build out its planned hydrogen fueling station network, and the Company’s ability to raise sufficient funds to fund its business plan. Forward-looking statements are statements that are not historical facts and are generally, but not always, identified by the words “expects”, “plans”, “anticipates”, “believes”, “intends”, “estimates”, “projects”, “potential” and similar expressions, or that events or conditions “will”, “would”, “may”, “could” or “should” occur or be achieved. This press release contains forward-looking statements pertaining to, among other things, the timing and ability of the Company to complete any potential investments or acquisitions, if at all, and the timing thereof. Forward-looking information is based on current expectations, estimates and projections that involve a number of risks, which could cause actual results to vary and, in some instances, to differ materially from those anticipated by the Company and described in the forward-looking information contained in this press release.

The forward-looking information contained in this release is expressly qualified by the foregoing cautionary statements and is made as of the date of this release. Except as may be required by applicable securities laws, the Company does not undertake any obligation to publicly update or revise any forward-looking information to reflect events or circumstances after the date of this release or to reflect the occurrence of unanticipated events, whether as a result of new information, future events or results, or otherwise. 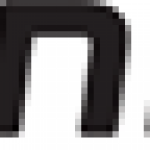 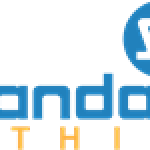