VANCOUVER, British Columbia and IRVINE, Calif., May 14, 2021 (GLOBE NEWSWIRE) — Clean Power Capital Corp. (NEO: MOVE)(FWB: 2K6)(OTC: MOTNF) (“Clean Power” or the “Company” or “MOVE”). The Company is pleased to provide an update on plans for its wholly-owned subsidiary, PowerTap, to participate in the California Low Carbon Fuel Standard (“LCFS”) Carbon Credit program. California’s LCFS program provides PowerTap with the opportunity to generate revenue prior to dispensing hydrogen fuel from its units, through the sale of earned LCFS credits on the emission trading markets. PowerTap is eligible to earn LCFS credits as soon as PowerTap installs its fueling units and makes them accessible to the public. Upon being issued these LCFS credits, PowerTap may sell them on the emission trading markets. Purchasers of these credits are oil companies and other gross polluters, who are required to offset their CO2 emissions in California.

PowerTap expects to qualify for these HRI credits under the LCFS program as soon as its fueling stations are installed in California and made available to the public. California’s LCFS market may be one of most unique Carbon emission credit trading programs, reflecting California’s commitment to greenhouse gas reductions. The LCFS Carbon Credit program is described in more detail in our press release of December 15, 2020 and on the California Air Resources Board website, https://ww2.arb.ca.gov/our-work/programs/low-carbon-fuel-standard. Regulators who oversee the LCFS program at the California Air Resources Board (CARB) created the Hydrogen Refueling Infrastructure (HRI) credit in 2019, which allows LCFS credits to be issued simply if the hydrogen capacity were installed, even if no hydrogen were dispensed.

PowerTap’s third generation onsite hydrogen production module unit is enhanced for blue hydrogen classification via Advanced Carbon Capture (https://cleanpower.capital/news/powertaps-blue-hydrogen-uses-innovative-carbon-capture-system/) and the use of renewable natural gas (RNG) as its main feedstock to generate blue hydrogen. Common sources of RNG include biomethane or upgraded biogas from landfills, animal manure, food scraps and wastewater sludge. Our prospective RNG provider has confirmed its ability to provide sufficient RNG to meet PowerTap’s business plan, using RNG, which will enable PowerTap to significantly reduce the carbon intensity (CI) of the produced hydrogen to zero. The ability to use RNG feedstock to generate blue hydrogen will increase PowerTap’s potential credits to $5.60 per kg of hydrogen produced from its original projection of $2.95 per kg of hydrogen produced (disclosed in a press release dated December 15, 2020).

A third-party consultant analysis of the value of LCFS credits that may be potentially earned by PowerTap has estimated that by using RNG feedstock, PowerTap has the potential to generate California LCFS credits of $5.60 per kg per day of hydrogen capacity; thus a 1,200 kg capacity hydrogen station can generate in excess of $2 million dollars of annual gross LCFS carbon credit revenues (effective for 15 years) per each 1,200 kg hydrogen station installed and available to the public even prior to any hydrogen being dispensed and sold. An updated summary of the third-party analysis (including assumptions and qualifications) of PowerTap’s potential LCFS credit generation including renewable natural gas is available at https://powertapfuels.com/pdf/carbon_credits.pdf

Specifically, this news release contains forward-looking statements relating to, but not limited to: the successful installation of the PowerTap fueling units, the availability of RNG feedstock to produce blue hydrogen, PowerTap becoming eligible to earn HRI credits under the LCFS carbon credit program, the liquidity of a secondary market to sell the carbon credits, forecasts, estimates, expectations and objectives for future operations. These forward-looking statements are subject to a number of assumptions, risks and uncertainties, many of which are beyond the control of Clean Power. Some assumptions include, without limitation, the development of hydrogen powered vehicles by vehicle makers, the adoption of hydrogen powered vehicles by the market, legislation and regulations favoring the use of hydrogen as an alternative energy source, the qualification for carbon credits, the Company’s ability to build out its planned hydrogen fueling station network, and the Company’s ability to raise sufficient funds to fund its business plan. Forward-looking statements are statements that are not historical facts and are generally, but not always, identified by the words “expects”, “plans”, “anticipates”, “believes”, “intends”, “estimates”, “projects”, “potential” and similar expressions, or that events or conditions “will”, “would”, “may”, “could” or “should” occur or be achieved. This press release contains forward-looking statements pertaining to, among other things, the timing and ability of the Company to complete any potential investments or acquisitions, if at all, and the timing thereof. Forward-looking information is based on current expectations, estimates and projections that involve a number of risks, which could cause actual results to vary and, in some instances, to differ materially from those anticipated by the Company and described in the forward-looking information contained in this press release. 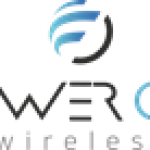 Tower One Construction Update for the Month of April 2021 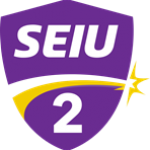