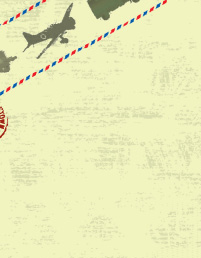 CentrePort Canada is North America’s new 20,000-acre inland port, as well as Canada’s first Foreign Trade Zone (FTZ). Located in Manitoba, next to Winnipeg’s James Armstrong Richardson International Airport, CentrePort will offer green-field investment opportunities and significant cost savings for foreign businesses that want to bring their products to the North American marketplace. This new port is no doubt an exciting economic opportunity for Manitoba and for Canada at large.

In mid-January, the CentrePort team toured around North America to market the FTZ and to see how other successful inland ports work. Along for the ride was Manitoba Premier Greg Selinger, who made presentations at the International Port of Memphis; the CentrePoint Intermodal Center in Joliet, Illinois; the Alliance Global Logistics Hub in Fort Worth, Texas; and the Dallas Logistics Hub.
En route to Texas—literally, on his way to the airport—Premier Selinger lent CBJ some time to talk about CentrePort, what it means for his province and what he learned so far on the trip.

First, Selinger highlighted the geographic features of CentrePort, describing the reasons why Manitoba is the perfect place for an inland port.

"CentrePort brings together railways, roads, runways and the linkage to the Arctic Ocean through Hudson’s Bay and the Port of Churchill,” he boasts. “It leverages elements that are already strengths in Manitoba into a concept that allows for the ability to move goods and services throughout North America and into Europe and Asia. CentrePort links the north to south, and east to west.”

The strengths Selinger refers to are its central time zone and location, well-established infrastructure, proximity to the U.S. border, plenty of land for development, abundant hydro-power, and a diverse and stable economy.  It just makes sense. Interestingly, it wasn’t made obvious until recently.

When we asked the Premier whether Canada’s first FTZ had always been planned for Manitoba, he said no.  “CentrePort is a relatively young concept that only got rolling in the last couple of years,” Selinger adds. “The idea came from a municipal task force that looked at the future opportunities for Winnipeg. Upon review, they realised we should leverage our natural transportation assets, such as our new airport terminal and routine service from three continental railways: Canadian National, Canadian Pacific and Burlington Northern-Santa Fe.”

Beyond Winnipeg, major investments have also been made in a rail line up to Churchill—a chief shipping point in northern Manitoba—and into improving major highways and bridges to ensure they can withstand Manitoba’s notoriously severe flooding conditions.

What CentrePort brings to Manitoba

But what about the local community? Selinger says that Manitoba has always had a very diverse economy—with strengths in services, finance, aerospace, bus manufacturing, biotechnology, value-added foods, logistics, hydro and new media—and that CentrePort brings the ability to synergize all of those elements. “CentrePort will allow businesses to come here and add value to products in the FTZ. It will increase local traffic, bring jobs and drive.”

When goods are transported from overseas, they typically have to be processed before being shipped to its final destination throughout the continent. Winnipeg’s inland port will bring that processing and manufacturing business into the region and will reap the economic benefits.

“There is a steel company in China, for example, that wants to ship steel here, assemble it and then ship it into the American marketplace,” says Selinger. “So, CentrePort is a part of that larger Asia-Pacific initiative. And CN Rail runs from Prince Rupert through Winnipeg to Memphis and New Orleans, so we have always been a part of that trade route.”

CBJ caught Premier Selinger halfway through his trip, but after benchmarking two successful inland ports, there were already some takeaways. “I have learned the key to making inland ports work is to have good, ready-to-go infrastructure in place,” he says, content that Winnipeg is already covered. “I also see the importance of being able to reach out and show potential clients why we’re the place out of which to do business. It has a lot to do with building relationships and being part of that larger network, which extends from Halifax or Prince George right down to the Gulf of Mexico.”

Selinger believes CentrePort will be a great success, adding that the team had a great reception in Memphis and Chicago with a lot of interest from companies there. Winnipeg, also known as the Gateway to the West, has reinvented the role it played at the turn of the 20th century. “Now it’s the Gateway into North America,” beams Premier Selinger. “And a reverse gateway into Europe and Asia.” 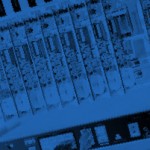 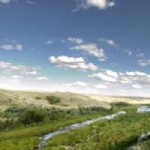 The City of Swift Current