Provincial Ministers of Health and Ministers of Finance seek to “bend the health care cost curve” but year after year, provincial budgets bend the cost curve in the wrong direction, adding billions of dollars to provincial health spending.

In fact, we’ve doubled spending on our medical treatment system in Canada since 2005 — and what did we get in return? Not improved access to care, nor improved health outcomes. Increased spending has, instead, entrenched an inefficiently organized system that has inflated the cost of getting, at best, the same access and outcomes.

Since the 1940s, health promotion and chronic disease prevention have been recognized as essential for a sustainable public health care system. Health policy commentators Steven Lewis and Terrence Sullivan argue “that bending the NEEDS curve is the best way to bend the cost curve. Every structure and incentive should be aimed at preventing or postponing avoidable health breakdown.”

The potential to reduce the growth in health spending is large. As much as 25% of provincial spending on medical treatment is for avoidable illness and injury, particularly chronic diseases like cardiovascular disease and type II diabetes.

This is more alarming when one considers that a small proportion of the population with chronic and complex conditions accounts for the majority of all health spending. What if we could prevent more Canadians from becoming part of that suffering minority?

Since 2013, I have led a number of studies analyzing data from thousands of participants in a local health care foundation’s preventive health care program based in Calgary, Alberta. I wanted to determine if preventive services could bend the health care needs curve.

The foundation offers participants access to a variety of healthcare practitioners including doctors, naturopaths, nurses, nurse practitioners and dentists. Participants receive lifestyle counselling and dietary supplements aimed at combating vitamin insufficiency, obesity, insulin resistance and other problems that can lead to chronic disease. The cohort of participants who joined the program in 2012 and 2013 whose data we studied bore no out of pocket costs for the program.

In a recent publication of study findings in Canadian Public Policy, our research question was simple: for 4,121 participants compared to 20,605 matched controls, did access to the foundation’s program change participant use of hospitals, emergency departments and general practitioner services?

What we found was striking. On average, participants in the program showed statistically significant reductions in hospital and emergency department admissions. Prevention, in other words, reduces health care utilization – and money – now, and not just in the future.

If these reduced uses of medical care were achieved province-wide in Alberta, there would be 22 per cent fewer nights in hospital, 21 per cent fewer emergency ward visits and six per cent fewer visits to Alberta’s 5,500 family physicians.

The services avoided represent an annual $1 billion in spending on medical treatment. And these are just the immediate impacts of preventive services.

Preventive care will also reduce the future need for medical treatment by preventing or postponing participants from developing chronic conditions like diabetes and cardiovascular disease.

The evidence from our study may be new but the insight as to the need to prioritize prevention has been around since the earliest days of public health care. We are paying a lot for medical treatment today because of chronic government inaction. Canadians cannot afford to ignore the calls to invest in prevention any longer.

Herb Emery is an expert advisor with EvidenceNetwork.ca and is Professor of Economics at the University of New Brunswick. 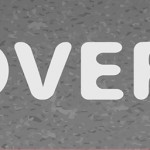 It’s Time Canada Had an Official Poverty Line
Alaris Royalty Corp. Announces the Repurchase of Its Financial Interests in End of the Roll