Highlights:
High-grade expansion of the Southwest Zone between two oreshoots, new intercept of 8.8 g/t Au over 7 metres, including 23.8 g/t Au over 2.5 metres at 130 metres vertical depthSignificant results from expansion drilling at the Creek Zone with intervals grading 10.3 g/t Au over 4.4 metres and 7.2 g/t Au over 6.7 metres between surface and 100 metres vertical depthExploration hole under the resource at Creek Zone identified new stacked high-grade structures grading up to 60.3 g/t Au over 1.0 metre between 250 and 425 metres vertical depthTORONTO, Aug. 19, 2020 (GLOBE NEWSWIRE) — Probe Metals Inc. (TSX-V: PRB) (OTCQB: PROBF) (“Probe” or the “Company”) is pleased to provide results from its drill program on the Company’s 100% owned Val-d’Or East Courvan property (the “Property”) located near Val-d’Or, Quebec. Results from twelve (12) drill holes, totaling 3,865 metres, continue to show expansion and high-grade gold mineralization along the Courvan Gold Trend (see figure 1 and table of selected highlights below). The ongoing drill program at Courvan is focussed on both resource expansion and infill drilling, to convert inferred into indicated resources.David Palmer, President and CEO of Probe, states, “The Val-d’Or East project continues to impress with thick, high-grade drill intersections in our main resource areas.  As our confidence in the deposits grow we are advancing the project on a number of fronts in order to better understand what a potential development scenario could look like. Our metallurgical, environmental and geotechnical programs have progressed well in 2020 and will provide the building blocks for an upcoming economic study on the project. With a resource of over three million ounces, and growing, we believe the project is currently one of the most advanced undeveloped assets in Val-d’Or.”Most of the drill holes in this release (CO-146 to 153) were designed to test near-surface extension to the east and to the northeast of the Creek Zone. With the new results, the main structure at Creek is now followed over 500 metres in strike length and down plunge. Hole CO-150, collared in the northwestern area of the Creek Zone, was the first test of the exploration potential at depth under the identified resource and returned very encouraging gold values from five new structures. Hole CO-144, targeted a gap in the Southwest Zone I and intersected significant gold mineralization, which should help us to expand the western end of the conceptual open pit in our next resource estimate. Based on these results, additional expansion and infill drilling is currently being planned.Selected drill results from the Courvan Area drilling program (1) All the new analytical results reported in this release and in this table, are presented in core length and uncut. True width is estimated between 65 to 95 % of core length.Figure 1: Surface Map – Courvan Gold Trend Area
https://www.probemetals.com/site/assets/files/1483/vde-courvan-surface_map-202008.pdfNew drilling continues to expand our understanding of the mineralizing controls and geometry at Courvan, including the identification of a stacked set of shallow dipping East-West auriferous veins adjacent to sheared mafic dykes crosscutting the Bourlamaque granodiorite batholith. Auriferous veins intersected are characterized predominantly by sulphide-bearing quartz-carbonate-tourmaline and gold is generally associated with cm-scale pyrite masses in veins and zones of 1% to 5% finely disseminated pyrite in the host rocks.About the Courvan Property, Val-d’Or East Project:The Courvan Property is adjacent to the Company’s New Beliveau deposit at Val-d’Or East and unlocks significant exploration potential to the west of the New Beliveau mineralized system. The Property land package is largely unexplored, with limited historic diamond drilling in the vicinity of the past-producing Bussiere Mine. Gold-bearing veins historically mined on the property consisted of quartz-tourmaline-pyrite veins associated with shear zones and diorite dykes, similar to what is found in the New Beliveau deposit, approximately 1.5 kilometers to the east. The Bussiere Mine produced 42,000 ounces at an average grade of 5.8 g/t Au up until 1942, when it was destroyed by forest fires.The Courvan Gold Trend was drilled by the Company since the fall of 2018 and includes the Bussiere, Creek, Senore, Southwest and Southeast deposits which together host 773,400 ounces inferred at 1.80 g/t gold.Qualified Person:
The technical content of this press release has been reviewed by Mr. Marco Gagnon, P.Geo, who is a “Qualified Person” within the meaning of NI 43-101, and Executive Vice-President and a director of Probe.Quality Control:
During the last drilling program, assay samples were taken from the NQ core by sawing the drill core in half, with one-half sent to a certified commercial laboratory and the other half retained for future reference. A strict QA/QC program was applied to all samples, which includes insertion of mineralized standards and blank samples for each batch of 20 samples. The gold analyses were completed by fire-assays with an atomic absorption finish on 50 grams of materials. Repeats were carried out by fire-assay followed by gravimetric testing on each sample containing 3.0 g/t gold or more. Total gold analyses (Metallic Sieve) were carried out on the samples which presented a great variation of their gold contents or the presence of visible gold.About Probe Metals:
Probe Metals Inc. is a leading Canadian gold exploration company focused on the acquisition, exploration and development of highly prospective gold properties. The Company is committed to discovering and developing high-quality gold projects, including its key asset the Val-d’Or East Gold Project, Quebec. The Company is well-funded and controls a strategic land package of approximately   1,000-square-kilometres of exploration ground within some of the most prolific gold belts in Quebec. The Company was formed as a result of the sale of Probe Mines Limited to Goldcorp Inc. in March 2015. Newmont Corporation currently owns approximately 12% of the Company.On behalf of Probe Metals Inc.,

Dr. David Palmer,
President & Chief Executive OfficerPlease visit our website at www.probemetals.com or contact:Seema Sindwani
Director of Investor Relations
[email protected]
+1.416.777.9467Forward-Looking StatementsNeither TSX Venture Exchange nor its Regulation Services Provider (as that term is defined in the policies of the TSX Venture Exchange) accepts responsibility for the adequacy or accuracy of this release. This News Release includes certain “forward-looking statements” which are not comprised of historical facts. Forward-looking statements include estimates and statements that describe the Company’s future plans, objectives or goals, including words to the effect that the Company or management expects a stated condition or result to occur. Forward-looking statements may be identified by such terms as “believes”, “anticipates”, “expects”, “estimates”, “may”, “could”, “would”, “will”, or “plan”. Since forward-looking statements are based on assumptions and address future events and conditions, by their very nature they involve inherent risks and uncertainties. Although these statements are based on information currently available to the Company, the Company provides no assurance that actual results will meet management’s expectations. Risks, uncertainties and other factors involved with forward-looking information could cause actual events, results, performance, prospects and opportunities to differ materially from those expressed or implied by such forward-looking information. Forward looking information in this news release includes, but is not limited to, the Company’s objectives, goals or future plans, statements, exploration results, potential mineralization, the estimation of mineral resources, exploration and mine development plans, timing of the commencement of operations and estimates of market conditions. Factors that could cause actual results to differ materially from such forward-looking information include, but are not limited to failure to identify mineral resources, failure to convert estimated mineral resources to reserves, the inability to complete a feasibility study which recommends a production decision, the preliminary nature of metallurgical test results, delays in obtaining or failures to obtain required governmental, environmental or other project approvals, political risks, inability to fulfill the duty to accommodate First Nations and other indigenous peoples, uncertainties relating to the availability and costs of financing needed in the future, changes in equity markets, inflation, changes in exchange rates, fluctuations in commodity prices, delays in the development of projects, capital and operating costs varying significantly from estimates and the other risks involved in the mineral exploration and development industry, the ability to predict and counteract the effects of COVID-19 on the business of the Company, including but not limited to the effects of COVID-19 on the price of commodities, capital market conditions, restriction on labour and international travel and supply chains, and those risks set out in the Company’s public documents filed on SEDAR. Although the Company believes that the assumptions and factors used in preparing the forward-looking information in this news release are reasonable, undue reliance should not be placed on such information, which only applies as of the date of this news release, and no assurance can be given that such events will occur in the disclosed time frames or at all. The Company disclaims any intention or obligation to update or revise any forward-looking information, whether as a result of new information, future events or otherwise, other than as required by law. 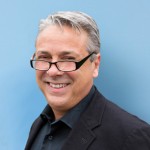