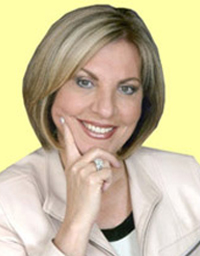 Driving down Hockley Valley Road through the rolling hills of Orangeville, Ont., one may not immediately see the entrance to Hockley Valley Resort—tucked behind the dense green bush that hides the property. Despite its extensive history in the local community, the resort has always been unassuming—that is, until you walk through the front doors.

Although locals in the area might say the resort has only slowly improved over the years, the ski/golf and conference facilities certainly have an air of luxury as you enter the foyer. The resort’s lounges and cafe are bustling with activity, and several greeters are ready for eager customers at any moment. The resort is located near the Bruce Trail, a popular hiking spot for many Canadians.

The hotel is a far cry from its early days as a local hangout. The transformation over the last 20 years has been incredible, and it’s mostly attributed to the determination and stamina of one woman, President of Hockley Valley Resort, Nancy Adamo.

Adamo is no spring chicken when it comes to running a business. She is an entrepreneur with more than 30 years of experience, and has the story to prove it.

After running a catering company, banquet hall, and other enterprises with her husband, Adamo opened Hockley Valley to overwhelming success, but it didn’t come easy. Adamo knows that entrepreneurs are a different breed.

It’s all about risk and reward

“As an entrepreneur you have to be a risk-taker. Most people change their profession when they’re not happy. When I started out, I was a teacher, and was quite happy, but couldn’t see myself teaching for the rest of my life. My husband and I were very successful, but both of us were not sure where we wanted to be in 10 years.”

Adamo’s first venture started on a whim of an idea. “The idea to start a business came to us because we were just getting engaged and the atmosphere for couples looking to get married at the time was ‘find a facility and then find a fiancée.’ Places to host wedding receptions were booking as long as two years in advance. So we thought, let’s build a catering or hosting venue. At the time, my husband couldn’t leave his business, and so I was in the position to start our first enterprise.”

It was in 1972 that Adamo’s first successful venture was born. She had enormous success right from the beginning. “I was confident, and our philosophy was that we were going to raise the bar. By the time my husband left his work, we had expanded—we were running a banquet facility, a catering business and a fast food place.” She adds that although the early 1980s were a tough time for opening new businesses (when they started their second business), sometimes a rough economy can be good for entrepreneurs.

“Believe it or not, sometimes during a recession is the best time to start a business. The cost to borrow startup funds might be high, but costs to build and develop are often lower. And besides, if you’re a strong business you’ll survive, while the competition is weeded out.”

Although short-lived, the recession of 1981 had its impact on Adamo’s business, but didn’t stop her from going after future successes. “It was very scary at the time, and our accountants pleaded with us not to start another project, but we opened our next facility in Mississauga despite the warnings. We won out—by the time the recession died we had a phenomenal product and people knew who we were.”

In 1983, the Hockley opportunity arose, but when Adamo first visited the site, she was not wowed. At the time, the property had already gone bankrupt three times. At first, Adamo didn’t want to be associated with the site. Eventually she was convinced but says, “When I look back now, I don’t know where I got the guts.” Taking on a project as sizable as a resort property, complete with a golf course and conference facilities was new for Adamo as well. It took time for Adamo to learn how to run a larger operation.

The hardest part is letting go

“The hardest thing for entrepreneurs to learn is how to delegate—to trust, and to let others do their jobs. New business owners end up becoming slaves to their businesses—because no one can do it as good as they can. Everyone has that experience.”

Her strategy for Hockley Valley Resort was simple, but imperative to her success with the resort.

“Whatever business you go into, you have to listen to your customers. We started with the first audience we had, the local clientele. We listened and figured out what was wrong.”

Hockley quickly grew from being a place that hosted pornographic conventions and drug hustlers to upscale patrons from all over the country and beyond. “We needed to change the local market image, and to do that, I had to believe in the place. You can’t sell what you don’t believe in. That was always my attitude.”

Does Adamo have any regrets? Not likely.

“This undertaking took a lot of blood, sweat and tears. I did not take a vacation for seven years. In the beginning, every financial institution in the country shut their doors to me. But I pressed on, thinking, ‘Okay. Refuse me because I don’t have a good business plan or marketing strategy, but don’t refuse me because I’m a woman.’ I never let being female be a handicap and it never stopped me from being persistent. The more people said no, the more stubborn I became. I wasn’t letting anyone convince me the project was a bad idea. Eventually, even the banks who would be lending to me realized one way or another I was going to get the money to start the business.”

A true entrepreneur, Adamo explains how important people are to every startup.

“You can’t do it alone. You might think you can, but you can’t. When you surround yourself with good people, they make all the difference in the world. The right people, the right culture can change a business.” Hockley Valley Resort now employs 300 people.

Advice for new players in the game

“The most important advice I can give to entrepreneurs is the following: listen to your gut, believe in yourself, and lead by example. If I had ever listened to people that told me I would fail, I wouldn’t have gotten where I am. I had desire and determination, which made me a strong business person. Sometimes even now I shock myself—how did I do this? But business is always going to have its challenges, and its joys.” She adds that inspiring other female entrepreneurs reminds her how important mentors are, a luxury she did not have starting out.

“One of the greatest joys in my life has been inspiring other female business owners who are frustrated, and dealing with the same struggles I did. There were so many reasons I wanted to throw in the towel so many times. But people’s encouragement makes all the different, and it forces you to keep going when the going gets tough.”

Adamo has not only built a successful career as an entrepreneur (the resort boasts revenues over $16 million) but she has done it all while raising four children and keeping a commitment to her tight-knit family. She was featured on the Profit W100 list of Canada’s Top Women Entrepreneurs, and recently joined the women on that list at a conference focused on just how important women are to the Canadian marketplace.