Core earnings, which exclude some pension and other costs, were up 18% to $2.52 per share in the third quarter from $2.14 a year earlier.

Boeing said that the deferred production cost balance for its 787 Dreamliner, a measure of the program’s progress toward profitability, rose to $28.3 billion in the third quarter from $27.7 billion in second quarter.

Boeing now projects an operating cash flow of about $9.5 billion for the year, compared with the prior forecast of just over $9 billion with revenue expected to reach a high as $97 billion, up from a previous estimate of 96.5 billion. 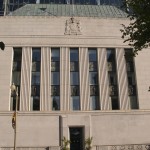