Edmonton, Montréal: Health groups are anticipating a massive shift to mint and menthol flavoured vaping products by Canadian youth if the Federal government approves new draft regulations that were published today in the Canada Gazette.

“The proposed regulations will not adequately protect Canadian youth from flavoured vaping products” said Les Hagen, executive director of Action on Smoking & Health (ASH Canada).  “Menthol is the second most popular flavour among youth vapers.  A partial ban on flavoured vaping products in the U.S. resulted in massive switching to menthol flavoured products.  We expect a similar result in Canada if these regulations are approved.”

“This proposed regulation doesn’t make any sense. There is no scientific justification for exempting menthol vaping products,” says Flory Doucas, co-director and spokesperson for the Quebec Coalition for Tobacco Control. “Menthol is the second most popular flavour among youth, tied with mango. We know that flavours are one of the main factors that attract young people to vaping, causing all kinds of health risks in addition to being one of the most addictive substances on the planet. If the goal is to protect youth from the insidious tactics of the vaping industry, then this proposed regulation does not get a passing grade. In a context where the goal is to reverse a well-established phenomenon, we must not only prevent but also reduce, which makes these half-measures unacceptable. “

According to The Lobby Monitor magazine, the Canadian Vaping Association has been the been most active of all the lobbies/lobbyists on Parliament Hill during the month of May.  This is in addition to the many sustained and well-funded lobbying campaigns coming from this same industry. Yet many health groups have been sounding the alarm in recent months about the possibility of menthol being exempt exempted given several indications to that effect: full-page ads, press releases, news columns, and letters to all federal MPs.  As part of these communications, Health Canada’s historic mistake – exempting menthol as part of the 2009 tobacco flavour ban – was raised.

“It appears that Health Canada and Health Minister Patty Hajdu refuse to learn from the mistakes of the past. This concession to the vaping industry will come at the expense of thousands of young people who will continue to be attracted to vaping via mint or menthol flavours. In the U.S., many young people have turned to menthol products as a result of similar this flavour exemptions,” says Doucas.

“Authorities should allow non-tobacco flavours only for products that pass the products that pass Health Canada standards for approval as smoking cessation medications or therapies. It has never made sense to allow a for-profit industry to market nicotine products that are extremely appealing and easy to use for youth and others who have never smoked. “

Health groups are urging the Federal government to close the proposed mint/menthol loophole when finalizing the regulations.

Over 400,000 Canadian youth are using vaping products according to Health Canada’s latest survey conducted in 2019.  Youth who vape are three times more likely to start smoking according to published research. 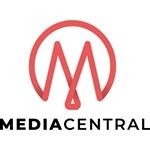 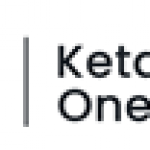