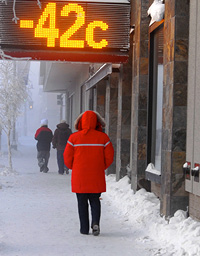 As far as heating solutions go, running water through an old mine is a bit out of the ordinary.

Then again, the cold in Yellowknife isn’t exactly ordinary, either. Every year, about $114 million is spent on energy to fight off the bitter cold in the capital of the Northwest Territories, where temperatures can dip below minus-40 Celsius in the winter.

Yellowknife’s main heating solution is heating oil and, with the way petroleum costs have looked in recent years, many are thinking there must be a better way.
Enter the Con Mine–an old gold mine that’s been looking for a new use.

“For years and years and years when the mine was in operation, you’d have people working underground, it could be minus-45 Celsius up at the surface, and they’d be sweating bullets down below at 1,500, 2,000 feet where it was very, very warm,” Yellowknife’s Deputy Mayor Mark Heyck said.

“(Con Mine) shut down its operations in 2003, so we decided that we would move beyond the cocktail napkin calculations that people have been doing for years and take a serious look at the possibility of drawing geothermal heat out from underground.”

The City of Yellowknife has been conducting feasibility studies for a few years and will put a proposal to a referendum in March. The plan would see pipes pump water through the mine, harnessing that natural geothermal heat to warm 39 of the largest buildings in downtown Yellowknife, backed up by biomass and oil-burning boilers.

The mine would start heating buildings in 2013 with the system fully up and running by 2016. Along the way it would transform a city landmark and make a statement to the world, according to Heyck.

“The Robertson (shaft) headframe, which sits above this 6,000-foot shaft, is a very iconic part of Yellowknife and people recognize that…boaters and pilots use it as a landmark to place themselves when they’re coming in off the lake in the summertime,” he said.

“A lot of people here are very, very proud of our mining history and essentially we’re continuing that tradition. We’re just not mining gold, we’re mining heat.”
The city is working with the private sector to flesh out its plans and is soliciting feedback from residents, holding community discussions ahead of the March vote. Heyck, who also serves as the chair of Yellowknife’s community energy plan committee, said the response thus far “has been very, very positive.”

Removing the volatility of the price of fuel oil from the equation makes for a much more reliable business plan for Yellowknife’s downtown landlords. It also means buildings won’t need their own boilers–which cuts maintenance costs and frees up boiler rooms for revenue-generating space.

All told, moving to geothermal could reduce Yellowknife’s fuel oil use by around 7 million litres annually–cutting the city’s greenhouse gas emissions by around 17,000 tonnes every year.

“Yellowknife was founded on two gold mines, on the Con Mine and on Giant Mine, and as beneficial as those mines were to the development and growth of the community, they’ve also left us with an environmental legacy that has taken large tracts of land and will make them unusable for the foreseeable future,” Heyck said. “So a project like this, we’re able to take one of those mine sites and essentially turn an environmental liability into an asset and kind of create a positive legacy out of that one mine site.”

A science centre could possibly be built along with the utility on the old mine site, making it even more integrated into the community. And the Con Mine utility would also likely help out the local economy.

Instead of shipping in oil from outside of the territory, “the increased use of biomass from a system of this size would actually make a local wood pellet industry viable,” Heyck said. “It would boost the amount of biomass being used in our local context to the point that it would become a viable business opportunity for people up here in the Northwest Territories to actually start producing those pellets themselves.”

Rational points–but a lot of the enthusiasm for the Con Mine Community Energy System isn’t just a matter of numbers or dry civic projections. The utility has something most proposed energy projects don’t–fans on Facebook.

The ‘Yellowknife – Yes we Con’ Facebook page links the would-be utility’s 95 fans to Con Mine’s latest developments. Fans give thumbs up to other Canadian communities considering similar utilities while sparking a rivalry with the Northwest Territories’ Deh Cho Bridge for the most online fan support.

The page urges residents to join Yellowknife’s community discussions, reminds citizens of the upcoming vote and sparking discussion about the city’s energy needs.

“Tough questions from you will make this project stronger,” one admin post reads. “Questions like: ‘Is it hot in here or is it just you?’”
It’s no ploy from the Energy Plan Committee, Heyck insists. “That’s just come up from people who were kind of enthusiastic about this project…
“I think (the project) hits on sort of a few different concerns that people have in the community,” he added. “One is certainly the cost of living and the incredible amounts that we pay for energy up here…we found that the city of Yellowknife spends about $114 million a year on energy. Now, this is a community of 20,000 people. That’s a huge economic drain that essentially provides virtually no economic benefit to the community itself.”

The other draw for the average resident is a newfound focus on sustainability sweeping through Canada that’s especially taken root in Yellowknife, according to Heyck.

“I was born in Yellowknife and I’ve lived here virtually my entire life except for a few years that I was away going to school and I’ve seen a real transformation in the kind of attitude that guides the city and the community as a whole,” he said. “And people are very interested in innovative projects that are going to make Yellowknife more sustainable into the future and make us sort of less fragile and less susceptible to shocks in energy prices…just the fact that we can kind of lead by example.

“You often hear that the north is one of the places that’s first and foremost affected by climate change and yet, to be honest with you, we’re energy hogs. We use twice the amount of energy, or produce twice the amount of greenhouse gases per capita than the average Canadian does. So I think we have an opportunity to get our own house in order and lead by example in terms of taking responsibility for some of these problems that are going to have some major impacts on the planet.”

All that enthusiasm would go down the drain if the project isn’t financially viable. If oil prices sink the way the natural gas market has seen in the last few years, Yellowknife’s geothermal utility becomes a wasteful pet project.

That’s a concern, Heyck said, but not a likely issue.

“If you look at the scenario work that major energy companies and major oil companies are doing about what the world will look like 20, 30, 50 years from now, to a T they’re all saying that we’re going to be in a carbon-restricted environment inevitably in the future,” he said. “It’s interesting…in the economic analysis, we did a number of risk management scenarios and looked at potential things that could affect this project downward and things that could make the project look better.

As for operational costs, one project Yellowknife has followed as a reference is the Neighbourhood Energy Utility in Vancouver. That system pumps heat throughout Vancouver’s False Creek neighbourhood, including the recently built Olympic Village.

Rather than geothermal heat, that utility harnesses warmth from Vancouver’s sewage, pumping it through buildings through a similar water system. And while that showcase green energy came at an extra cost at first, Chris Baber, the City of Vancouver’s neighbourhood energy utility manager, says it’s now coming in below average prices.

“When we started with the service just over a year ago, the cost (was) about 10 per cent more expensive,” Baber said. “We have a lot of aging hydro power assets that need to be upgraded. So, the beginning of 2011, looking at BC Hydro’s forecasted rate for 2011…we’re about four per cent less expensive than that.”

“So we’ve gone from being at a slight premium to being at a slight discount, and over time our rates are projected to increase about just over three per cent including inflation annually–and hydro has seen double digit increases. So over time we expect to be a pretty good deal compared to hydro.”

Even if that translates to cheaper energy in Yellowknife, there’s still serious risk involved. The approximate $60 million capital cost is significant, even with assistance from higher levels of government.

“It would be by far the biggest capital project that the City of Yellowknife has ever undertaken,” Heyck said. “That’s without a doubt.

“But based on the economic analysis that we’ve done, it looks like it makes business sense to do…I think it has the opportunity to sort of give Yellowknife a global profile as well, by looking at innovative technologies that can help address some of the problems that a lot of northern communities right around the world are facing.”

There are still issues to be worked out and people to win over. But the thing that won’t be a problem–before anyone asks–is the use of something as easy to freeze as water in the Arctic North.

“With district energy systems, there’s some very high-grade insulated pipes, so once you have heated to the temperature that’s usable for heating a large building, the insulated pipes essentially retain all of that heat,” Heyck said. “In a way, the City of Yellowknife already operates a large district energy system insofar as we heat our drinking water in our system because we can’t just draw it out of our water source and circulate it naturally because…it would freeze in the wintertime.

“We heat it to between one and two degrees and then keep it on a constant circulating loop within our water system. So to a degree, that’s sort of a very low-grade version of what we would be doing with the geothermal system, ultimately.” 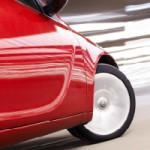 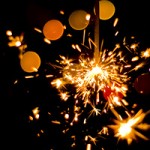