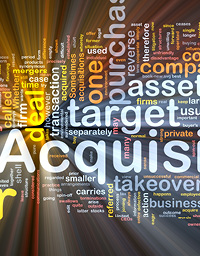 The rules that govern mergers and acquisitions of companies are generally considered arcane, the exclusive concern of the leaders, boards of directors and shareholders of companies. But it has been a remarkable summer. The prospective takeover of Calgary-based Nexen by the Chinese energy giant CNOOC has propelled the subject to the front pages and editorial pages of our newspapers. And in Quebec, U.S.-based Lowe’s bid for the homegrown hardware company, Rona Inc. even became an election issue.

Companies have been bought and sold since the dawn of commerce. Why should Canadian voters and taxpayers care about what has generally been viewed as an indication of a healthy free market economy? Certainly in my industry, information and communications technology, mergers and acquisitions including those by foreign investors are generally seen as positive. They are frequently the fulfillment of a founders exit strategy or a validation of the integrity of the Canadian product and a way of introducing the product to a broader global market.

But the reality is that not every Canadian company facing a potential takeover wants to be bought, or at least not yet. Many entrepreneurs and CEOs are in the business to build strong global companies of their own. Canada’s track record in technology certainly suggests that we have the capacity, the guts, to do this.

But this is not for the faint of heart. There are many obstacles in the path to build large Canadian technology firms including our conservative capital markets, and our shortage of talent, including C-suite expertise.

Unfortunately, Canadian securities regulations compound the vulnerability of our tech companies. Right now the policy of our securities regulators is that shareholders have the exclusive rights to make the decision concerning the sale of the company. There is no allowance for the Board of Directors to exercise their fiduciary duty as it relates to the long term benefit to the company. Thus, when facing a takeover, the most important decision in the history of the company is taken out of the hands of the Board and also Management. The result is that we have tied the hands of the group that best understands the opportunity and challenges of a sale.

In clear contrast, U.S.-based companies facing an acquisition have the sufficient defence mechanisms built into their regulatory system to enable the board and the management team to effectively just say no and thereby stop a hostile takeover. In Canada, if a company is put in play or receives notice of acquisition intention, it has virtually no defence mechanisms. The sale of the company is virtually inevitable. I have witnessed this first hand in my own career and in the disposition of many of the 168 Canadian ICT companies that have been acquired since 2004.

Current regulations make it very hard for companies that want to grow into robust, global Canadian firms to do so. I am pleased to see this issue emerge on the public policy agenda. But we need a reasoned discussion on the issue not a heated political one that risks protectionisms and threatens positive foreign investment.

The current debate will continue. These are welcome indications that securities regulators are concerned about this problem as well and likely to suggest substantive remedies in the near future.  Our industry and many others look forward to this as a vital step toward improving our chances for building stronger Canadian companies.

Karna Gupta is the President and CEO of ITAC, the Information Technology Association of Canada.  He was previously the CEO of the security software company Certicom. 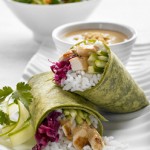 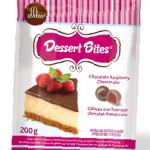