When there is talk about suicide, most people envision a young person struggling with mental health. While that may be the No. 1 cause of death for people under the age of 20, those most likely to die by suicide are middle-aged men. This is the mid-life crisis no one seems to want to talk about, and the silence on this as a public-health issue is deafening.

The statistics are chilling. Men account for three out of every four suicides, with seven men dying by suicide every day in Canada. The risk for gay and bisexual men is higher. And the risk of suicide completion goes up for men as they age. Death by suicide is highest for men in the age group between 40 and 59.

As well, in the past five years, suicide rates for men who have served in the military are also an area of concern. According to the federal government, there has been an increase in suicide in the past five years particularly among “young men serving within the Army command (as opposed to other units) and having worked in the combat arms occupations. This group was more likely to have been exposed to psychological trauma, especially related to the combat operations in Afghanistan.”

The difficulty in getting a complete picture on suicide-completion rates for military men is that the Armed Forces don’t include men who killed themselves after they’ve left military service. According to a Globe and Mail report, 158 men died in combat in Afghanistan, but another 54 killed themselves upon their return to civilian life.

Suicide completion is a complicated area of study. Studies indicate women are more likely to attempt suicide, but men are more likely to die from their attempts, largely because they use far more lethal methods. As a result, understanding the factors that lead to a failed suicide attempt is difficult, because men are less likely to survive.

What is known is that loneliness and isolation play an important role in men’s contemplation of suicide. In fact, married men have a lower rate of suicide completion than those who are unmarried. As well, societal and gender roles on what is considered culturally acceptable for men may also play a role. Men are expected to “man up” and hold their feelings inside. Men have been socialized to not ask for help.

The stigma around mental-health issues also remains. Sure, there are many high-profile individuals who have attempted to break the silence around depression and suicide, but those role models are overwhelmingly young and/or female. Who is speaking to the divorced father of two who, at 55, is struggling to find meaning in his life?

In 1973, suicide was decriminalized in Canada and became instead the focus of public-health policy. However, jurisdictional battles between provinces and the federal government have hampered progress on a national suicide-prevention policy. Because health is considered a provincial responsibility, suicide-prevention discussions became a constitutional concern.

This is further exacerbated by the reluctance of the Canadian military to address the growing problem of men who complete suicide after leaving service. Veterans Affairs is now setting up a system to collect statistical data on suicide among veterans from outside agencies, but an overview is not expected until later this year.

Meanwhile, the federal government released a progress report in December 2016 on suicide prevention, with clear objectives aimed at reducing the incidence of suicide and the stigma surrounding mental-health issues. The Liberals are expected to launch a national suicide prevention service that will offer a 24/7 distress line across Canada to provide toll-free, confidential support to individuals using phone, text and chat.

However, the strategies lack a gender analysis that understands the special needs men may have. While they do speak to the cultural and racial aspects of suicide completion (with indigenous youth at a higher risk of attempting or completing suicide), they do little to address the needs of men who may not respond well to traditional talk therapy and who may not reach out for assistance.

Some important steps the provincial and federal governments should consider include providing a national registry for hospitals to track self-harming behaviour, including drug and alcohol abuse. As well, limiting access to lethal means, including access to weapons and the adoption of smaller packaging for prescription and over-the-counter medication, has also been shown to help deter suicide, according to research from Manitoba Population Mental Health Research Group.

Mid-life crises for men should involve such stereotypical behaviours as considering buying a shiny red convertible or investing in a new wardrobe or hair plugs. It should not mean death by suicide. A governmental gender-based approach to preventing suicide completion for men is desperately needed.

Shannon Sampert is the former perspectives and politics editor of the Winnipeg Free Press. She is currently the editor-in-chief and director of EvidenceNetwork.ca at the University of Winnipeg. Her views are her own. 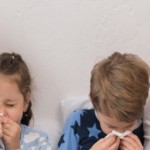 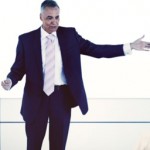 Transformational Leadership Is Power, But Not in the Way You Think