The world of business development is heavily focused on price. It comes up early and it comes up often. Purchasers squeeze the price and sales reps are sure they must go lower to get the sale. It is the most frequently discussed and negotiated topic in the selling process, and probably also the most misunderstood.

Price is always important, of course. But it isn’t the major factor that most people make it out to be. Much has been written about how to combat the price objection. Solution selling, building a business case, features and benefits selling are all designed to move the discussion to the issues that really matter. These approaches all work when done properly, and each one will have its role in most selling scenarios. The challenge, however, is often in convincing the prospect of the value of your proposal. Just because the solution justifies the cost difference in my mind, doesn’t mean the buyer agrees. But there is another way; a way that appeals to a basic understanding that we all seem to share. It is the idea that ‘you get what you pay for’.

An early sales mentor of mine used to say, “Quality, service, price: pick two. You can’t have all three. If you want the best price then pick one of the other two to compromise on, because quality and service cost money.”

Things Come at a Price

Quality and service cost money. Of course they do. We see this all around us everywhere we go. It is why each brand of ketchup at the grocery store has a different price. It is why you pay a higher hourly rate for a mechanic with a shuttle service than for one where you have to stay and wait. It explains why major airlines can coexist alongside their lower rate counterparts. People understand that you get what you pay for. It is also why solution selling, business cases and features/benefits can have an impact on the sales process. But often it takes telling them outright before the full impact is realized.

Quality, service and price: pick two. – The QSP model. The words still ring out as though I’m hearing them for the first time. If you want me to give you superior service (and you do.), if you’ll want me to deliver excellent quality that you can rely on (and you will.), then lets both agree I can’t possibly do that at the very best price. QSP makes sense and people become much more reasonable about the price discussion when it is approached this way. It is a common sense approach to a common objection.

But let’s be clear about one thing: QSP is not a licence to gouge. If your price is the highest, then you’d better have elements of your quality and service that live up to the price. Rolls-Royce can charge what they do for a car because the workmanship and service are so far superior to anything at a mainstream dealership.

Caught in a Trap

Many years ago I had a job interview with a young, up-and-coming entrepreneur. She was a real mover and shaker; a Top 40 Under 40 who had just purchased a company out of receivership and was ready to turn it into a powerhouse in her vertical. She was absolutely driven to succeed. She could function on three to four hours of sleep a night. In fact, my interview was at 11pm in her office because that was the only time she had available.

During the course of our conversation the topic of QSP came up. I extolled the virtues of its strength in overcoming the price objection and talked about several examples of how it had worked for me. When I finished talking she smiled and leaned toward me across her desk and almost whispered, “I’ve found a way to beat QSP. I’ve found a way to give the best quality, the best service AND the best price all at once.”

She began to explain how she had hooked up with a major distributor and how the increased sales volume would justify the cost reduction. She could still deliver on the quality and service promises, but could drop down to the lowest price level. Needless to say I was skeptical. I didn’t get the job (was it something I said?), and within a year she was out of business.

Don’t Skimp on the Pâté

In a previous CBJ article here I discussed how a bidder’s attempts to shave their price too close to the line can lead to disaster. This happens frequently. It’s the same problem as with QSP but from a different angle. Whenever we try to over-deliver and under-price the result is not good. Something has to give. And while I know of several cases where a bid winner (read, ‘lowest price’) went out of business as a result of the ‘win’, the impact is just as great on the buying side. Since you really do get what you pay for, we all need to agree that if you don’t pay the full price for what you asked for, you’re simply not going to get it. Not all of it. Something will always have to give.

The Triumph of Reason

English humourist A. P. Herbert once said, “The Common Law of England has been laboriously built about a mythical figure – the figure of ‘The Reasonable Man’”1 . Admittedly, QSP has an element of this as well. But part of the charm here is that if the man has not come to reason, then QSP can bring some reason to the man. Most people you meet will admit and understand that you really do get what you pay for. QSP expresses this in a way that makes it hard for someone to disagree. You’re asking them to give assent to a reasonable argument. By disagreeing they are, in effect, admitting that they are not reasonable. Most people have to be pushed into quite a corner before they will confess to this.

The bottom line is this: in the world of business everything has a cost. The service you provide and the quality you deliver have to be paid for somehow. Nothing is free. If the goal is a solid vendor relationship or a good customer relationship all the costs must be covered. You can pay for everything up front or you can pay to have it re-done, but the costs will always be the costs.

Quality, service and price: pick two. Because you can’t have all three. 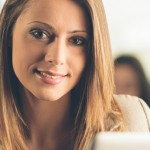 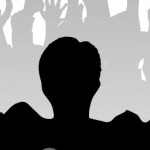