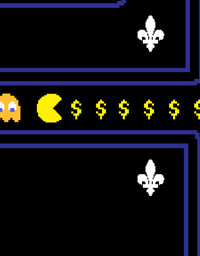 They have been called a waste of time. They have been associated with violence among youth. They are accused of propagating anti-social tendencies and obesity. Say what you will about video games, but from a business perspective, this seemingly trivial technology is nothing but positive.

If you’re removed from the gaming world, consider that 3 billion hours are spent playing online video games every week, on a global basis1. In 2008, Canadians spent a record $2.09 billion on consoles, video games and accessories, and year-over-year growth was 23 per cent; Americans spent $21.4 billion2. And as of 2009, 48 per cent of Canadian households have at least one video game console, and 96 per cent3.

Perhaps most interesting is the targetable age group has diversified immensely since the industry’s inception. When video games were first gaining serious traction in the late 1990s, it was an activity for teenagers. As those teens grew into adults, however, they showed a continued interest in gaming. Believe it or not, the average age of a Canadian gamer is 35.8 years old4. Largely responsible for the demographic expansion is the popularity of ‘wellness’ gaming, such as Wii Fit and Nintendo DS BrainAge, that provides family-friendly physical and mental challenges.

The best part of this booming industry is that Canada has a significant piece of the multibillion-dollar pie, the majority of which lies in Québec (and specifically in Montréal). Thanks to fairly competitive operating costs and generous provincial support, Montréal is a leader of the game industry in Canada, and the world—with the hottest players, main developers, world-renowned editors and innovative studios. For these reasons, Québec has received international acclaim as a leader in the North American digital entertainment business.

In addition to being the birthplace of revolutionary software developers, such as Softimage and Discreet, Québec has also attracted leading game publishers, such as Ubisoft and Activision, and is home to creative studios, such as Artificial Mind and Movement and Sarbakan.

Impressively, in 2004, Electronic Arts—the biggest game publisher in the world—built its state-of-the-art studio in Montréal. In a 2005 interview5, EA Montréal general manager Alain Tascan said the city has “the competitive advantage to become the Hollywood of gaming.” With Montréal’s history of digital media (particularly animation) and its close proximity to four big universities, Tascan has the right idea.

Since the video game industry is relatively new, its rapid growth led to a dilemma that has since revealed its upside. With more gaming-related companies moving to Québec in the mid-2000s, there became shortage of talented programmers and artists. Both Ubisoft and Electronic Arts had to go outside of the province to find programmers (about 25 per cent of Ubisoft’s 1,800 employees come from elsewhere).

What once posed a problem has now manifested itself in the expansion of specialised education in the region, further reinforcing Québec’s leadership in the industry. Five years ago, in an effort to cultivate a new generation of Québec developers, Ubisoft announced it would develop its own Ubisoft Campus. Partnering with Université de Sherbrooke and CÉGEP de Matane, the program provides college and university courses in game design, 3D animation, modelling and programming. The degrees earned are accredited by the Ministère de l’Éducation du Québec.

Today, the region is teeming with young talent. Off of the Ubisoft campus, surrounding colleges and universities are ramping up their programs. More than 5,000 Québec students are graduating every year in computer science and other multimedia fields—this number doesn’t include graduates from renowned private schools, such as the National Animation and Design Centre (NAD), the Institute for Computer Graphics Creation and Research (ICARI) and the National Audio-Visual Institute (INIS).

Multimedia companies can also apply for government support and partner with higher education institutions to set up training programs that respond directly to industry needs. Indeed the province has made it clear to technology entrepreneurs that Québec is the ideal place to run a business. As announced in the last provincial budget, there is $50 million set aside for investments in start-up tech companies.

If a capital investment isn’t enough motivation, the annual operating costs most likely are. According to a KPMG comparative study conducted in 2005, the annual operating costs of an advanced software firm in Québec are, on average, 12 per cent lower than the average costs in American cities. This advantage is attributed to lower salaries and to lower employers’ contribution to employee benefits. Employer-sponsored benefits—such as contributions to private health insurance plans, holidays and vacation and other discretionary benefits—account for 16.4 per cent of gross pay in the United States and for 14.7 per cent in Québec, according to the same study.

It is no secret that the recession had a noticeable impact on the video game industry; for the first time in seven years, sales declined approximately seven per cent in 2009. Despite the slowdown, however, there has been a tremendous amount of activity in areas such as mobile and social network games—yet another branch of the industry.

The shift is a response to the popularity of Facebook games and mobile games, available on the iPhone, iPad and Android devices. It’s not necessarily a new direction—because traditional video games are still highly popular—but it is certainly an expansion of the market. Mobile and social games still represent a small portion of the overall gaming industry’s revenue, but its growth has been impressive. Not surprisingly, Montréal currently houses some of the most well-known mobile game developers, including Jamdat, Airborne Entertainment and Gameloft, so the region remains ahead of the pack.

All is far from lost with traditional video games. In fact, Warner Bros. Interactive Entertainment is opening a development studio in Montréal that will employ more than 300 people by the end of 2015. In addition to developing high-end games based on characters from the Warner-owned DC Comics, the studio will also produce digital and cinema animation and translate its products for other markets.

Martin Tremblay, Warner Interactive’s president, said Québec is a perfect fit for the company with its skilful and creative workforce, as well as its universities. “Montréal, with its wealth of talent and highly affordable operating costs, is a wonderful place to continue to expand our growth in gaming.”
The province is contributing a $7.5-million, non-refundable contribution from its investment arm to help the studio get off the ground. “We have done a lot of work to position Québec as an essential place to invest that is competitive, and possesses an exceptional and highly qualified workforce,” Premier Jean Charest said. “Warner Bros. has acknowledged this and we are very excited to welcome them.”

You may not be a gamer yourself. You may think video games are ridiculous. However it is you feel about the industry, keep your eye on it, especially in Québec, because it is and will continue to be a driving economic force (an epic win, so to speak) for the province and for Canada. 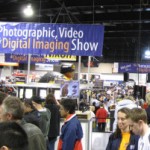 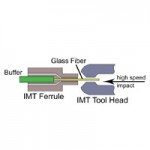