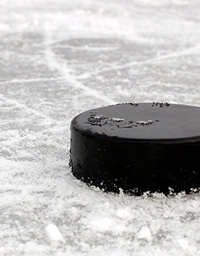 Funding for Quebec City’s new hockey arena places the burden almost entirely on the taxpayer, according to one source.

The project’s most recent plan includes funding for the new facility sourced through taxes, both provincially and municipally. Set to begin construction in the coming months, with a project completion of Fall 2015, the current arrangement is projected to cost $400 million.

However, a recent proposal by Rick Dykstra, Member of Parliament for St. Catharines, Ont., suggested the use of the existing annual gas-tax funding, intended for infrastructure purposes, like road development, bridge repair, and water treatment, also be used for sports entertainment complexes to fund Quebec City’s arena aspirations.

“It’s just an idea that I put forward that I thought might be helpful and see where it goes,” Dykstra said in a statement.

The proposal has since been ruled out after it did not gauge positive public support. As much as the Conservatives may covet Bloc Quebecois seating, a political move of this type, ultimately upsetting other parts of Canada, makes little sense. Ottawa would like to avoid pandering to Quebec, knowing that should it agree to fund some of the project, it will need to be involved as well in a new hockey arena in Edmonton as well as a new CFL stadium for Regina.

“We can’t do something for one sports arena in one part of the country, and not have a national approach,” Finance Minister Jim Flaherty said in a statement.
As it stands, Quebec City’s plan is to move forward with or without federal funding.

But surely such a facility should be supported privately, rather than publicly. Said Claire Joly, Executive Director of the Quebec Taxpayers League, “An arena financed with 100 per cent public money is unacceptable. There are a lot of people who want an arena and a hockey team in Quebec City, but not at any price.”

Currently, the cost structure breaks down as $200 million provincially, though Quebec Premier Jean Charest said provincial funding is contingent on the total project cost not exceeding $400 million, something many pundits feel is not only possible, but probable. The City of Quebec would provide $187 million through its funding arrangements, as outlined below, while a group known as J’ai Ma Place, looking to bring a ‘New Coliseum’ to Quebec, could be involved in the remaining $13 million earmarked for private funding.

“The longer we wait, the more it will cost to build. Construction will begin in the next few months,” said Quebec City Mayor Régis Labeaume, adding that the city will need to borrow $125 million over 20 years to finance the project. “No private funding without a club, no club without an arena. We are taking on our responsibilities and moving ahead.”

According to reports, Labeaume “will not increase municipal taxes, opting instead to cut administrative costs through 500 city jobs over the next five or six years (accounting for $62 million) to help pay for the project, with additional revenue coming from events at the arena. City debt would increase during construction, but it would begin decreasing after, when the city would generate revenue from service charges added to ticket prices.”

This is truly a battle of public vs. private funding. Of the six major hockey arenas in Canada, only one is municipally owned, being Calgary, while only one received some federal funding for a new facility, with Ottawa receiving a minimal $6 million in 1996.

Additionally, the remaining (limited) private sector commitment is seen from Quebec-based media magnate Quebecor, particularly its CEO Pierre Karl Peladeau, with reports indicating that he is willing to invest “tens of millions of dollars” and has already submitted a “substantial offer” to the city. Peladeau is seen as the potential owner of the hockey club should one relocate to Quebec City.

Build it and they will come

As due as Quebec City may be for an updated hockey arena (the Colisée, the former home of the since-relocated-to-Denver NHL’s Nordiques, is now a 62-year-old facility and has been vacant of a major league tenant since the Nordiques relocated in 1995), there remains no assurances that, even with a new facility, the NHL would return to Quebec City.

“I’ve spoken to the mayor, I’ve spoken to the premier, and they seem confident that there will be a new arena, perhaps in conjunction with a [2022 Winter Olympics] bid. But the arena is essential,” NHL Commissioner Gary Bettman said in a statement. “I’m glad people are enthused…there are a lot of hockey fans [in Quebec City]. With the right ownership group, with a new arena, and the economic system we have—which is different than the one we had when the team left—I believe a team can be  well supported in that market.”

However, a quick history lesson: In 1995, the Nordiques relocated from Quebec City because the team was not economically prudent, given the suite-and-corporate-lacking Colisée was already considered outdated 15 years ago, in addition to a struggling Canadian dollar and the growth of player salaries. Surely the fans are in Quebec City, but are the dollars? These were the core reasons why the Quebec City franchise originally relocated and still are among the primary factors worth discussing in the feasibility of a Quebec City team today. Exhibit A is the limited corporate partnership not involved in the construction phase—simply waiting for the finished project—that diminishes Quebec City’s market attractiveness. Have we been down this road before?

In a chicken-and-egg scenario, however, a new arena is required before the NHL would make any considerations or assurances of returning to Quebec City.

“We tell people who are building buildings, ‘don’t build it with the expectation you’re going to have a team’,” Bettman said. “I don’t want anybody getting excited. We’re not planning on relocation, so we don’t want people building a building on our account, expecting that there’s going to be a franchise, because we’re not in the position to promise one right now.”

Is this white elephant worth constructing with no guarantee that an NHL team will come to Quebec City? There remains real potential for any empty, economic burden. The Sprint Center in Kansas City, Mo., as an example, opened in 2007, with the hope of attracting an NHL or NBA franchise. The building remains without a major league tenant, all at the cost of $216 million (about 78 per cent of the total $276 million construction cost) to the taxpayer.

Still, to add fuel to that fire, a recent internal poll of the National Hockey League Players’ Association voted Quebec City as the Canadian market, currently without an NHL franchise, as the most deserving, leading the way with an overwhelming 53 per cent of the vote. Winnipeg, Hamilton, and a second franchise in Toronto were the remaining poll options. Should Quebec City compromise a plan to make a prudent return to the NHL, it’d be difficult for the league to ignore that market.

Now, the project looks to move ahead with no federal cash, limited private sector commitment, and no guarantee of an NHL team. Drop the puck?
Update: According to Quebecor Media, as of March 1, the company has agreed to a 25-year deal to manage the future arena, committing $63 million to the project should it draw an NHL team, and $33 million without an NHL team. Additionally, Quebecor will pay $3 million a year to the City of Quebec for the rights to manage the facility.