NOT FOR DISTRIBUTION TO UNITED STATES NEWSWIRE SERVICES OR DISSEMINATION IN THE UNITED STATES
TORONTO and LOS ANGELES, Oct. 30, 2019 (GLOBE NEWSWIRE) — QYOU Media Inc. (TSXV: QYOU; OTCQB: QYOUF) (“QYOU” or the “Company”) announced today it completed its final closing of its previously announced (see QYOU news releases dated August 30, 2019, October 2, 2019 and October 11, 2019) non-brokered private placement of units of the Company (“Units”) on October 30, 2019 for gross proceeds of $100,000 (the “Tranche”), bringing total aggregate gross proceeds to $1,800,000. The Company issued a total of 2,000,000 Units at a price of $0.05 per Unit in connection with the Tranche, bringing aggregate Units issued to 36,000,000 in connection with the offering. Each Unit is comprised of one common share in the capital of the Company, one-half of one common share purchase warrant exercisable at $0.06 per share until September 30, 2020 and an additional one-half of one common share purchase warrant exercisable at $0.10 per share until September 30, 2021.The Company paid finder’s fees to certain persons who assisted the Company in connection with the Tranche, bringing total compensation paid to $113,300. The Company issued a total of 2,266,000 Units, exercisable at a price per Unit of $0.05 until September 30, 2021, as compensation options in connection with the offering.All of the securities issuable in connection with the offering are subject to a hold period expiring four months and one day after date of issuance.The offering is subject to the final approval of the TSX Venture Exchange.The proceeds derived from the sale of the Units will be used for continued investment in the Company’s subsidiary, QYOU India, and working capital for the Company.The securities offered pursuant to the offering have not been, and will not be, registered under the United States Securities Act of 1933, as amended (the “U.S. Securities Act”), or any U.S. state securities laws and may not be offered or sold in the United States absent registration or an available exemption from the registration requirement of the U.S. Securities Act and applicable U.S. state securities laws. This press release shall not constitute an offer to sell or the solicitation of an offer to buy, nor shall there be any sale of, such securities being offered pursuant to the offering in any jurisdiction in which such offer, solicitation or sale would be unlawful. About QYOUQYOU Media Inc. is a growing global media company that curates and packages premium content from leading digital video creators for multiscreen distribution. Founded and created by industry veterans from Lionsgate, MTV, and CinemaNow, QYOU’s millennial and Gen Z-focused products including linear television networks, genre-based series, mobile apps, and video-on-demand formats reaches more than 500 million people around the world.Contact InformationZoe Mumba
Platform Communications for QYOU Media
+44 (0) 207 486
qyou@platformcomms.com                                       Natasha Roberton
VP Marketing, QYOU Media
+49 152 2254 7680
tash@qyoutv.com
Jeff Walker,
Investor Relations for QYOU Media
+1 403 221 0915
jeff@howardgroupinc.comForward-Looking StatementsThis press release contains certain forward-looking statements within the meaning of applicable securities laws. Words such as “expects”, “anticipates” and “intends” or similar expressions are intended to identify forward-looking statements. The forward-looking statements contained herein may include, but are not limited to, final the approval of the TSX Venture Exchange of the offering and the listing of certain securities being issued thereunder and the expected use of proceeds from the offering. These forward-looking statements are based on QYOU’s current projections and expectations about future events and other factors management believes are appropriate. Although QYOU believes that the assumptions underlying these forward-looking statements are reasonable, they may prove to be incorrect, and readers cannot be assured that the offering and the closing thereof will be consistent with these forward-looking statements. Actual results could differ materially from those projected in the forward-looking statements as a result of numerous factors, including certain risk factors, many of which are beyond QYOU’s control. Additional risks and uncertainties regarding QYOU are described in its publicly-available disclosure documents, filed by QYOU on SEDAR (www.sedar.com) except as updated herein. The forward-looking statements contained in this news release represent QYOU’s expectations as of the date of this news release, or as of the date they are otherwise stated to be made, and subsequent events may cause these expectations to change. QYOU undertakes no obligation to publicly update or revise any forward-looking statements, whether as a result of new information, future events or otherwise, except as may be required by law.Neither the TSX Venture Exchange nor its Regulation Services Provider (as that term is defined in the policies of the TSX Venture Exchange) accepts responsibility for the adequacy or accuracy of this release.
CBJ Newsmakers 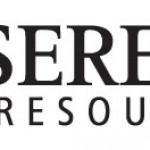