TORONTO and LOS ANGELES and MUMBAI, India, March 26, 2020 (GLOBE NEWSWIRE) — QYOU Media Inc. (TSXV: QYOU, OTCQB: QYOUF) (“QYOU Media” or the “Company”), a next generation global media company powered by creators and influencers that curates, packages and distributes premium digital video for television and multiscreen distribution, is providing the following update on corporate activity during the recent lockdowns occurring as a result of the Covid-19 pandemic.
The Q India, a Hindi language channel featuring India’s most popular digital content and social superstars, was launched in November 2017 at that time available in 14 million television homes. It has grown in less than three years to currently being available to over 500 million Indians via 45 million satellite and cable television homes with partners including TATA Sky and Airtel DTH; over 300 million OTT users via digital platforms including MX Player, ZEE5, and Dish Watcho; and over 155 million mobile platforms including JioTV, Airtel Xstream and SNAP.Due to the necessity of citizens in India to “shelter in place” during a 21 day country wide government ordered lockdown, viewership of video content across television, OTT and mobile video platforms is continuing to rise rapidly with channels and programs reporting massive viewership increases. The Q India anticipates being a beneficiary of this viewership increase due to its unique television offering in India of digital content featuring social superstars and via non-television broadcast platforms all of which are experiencing significant viewership spikes. Shareholders can view a sample of The Q India content via these links:Hindi: https://www.youtube.com/watch?v=-t40IidnHSA&feature=youtu.be
English: https://www.youtube.com/watch?v=TWa0nHp_DOs&feature=youtu.beToday, The Q India launched “The Q Watch Party”, a campaign to promote increased viewership and engagement in India during this crisis. This will include special event programming over the next 21 days to enlist actual “watch parties” for The Q India programs along with creator and social media star promotions to feature The Q India as the place where “the watch party goes on 24/7”. This campaign is designed to attract brands and sponsors that are looking to provide some positive relief for Indians during this lockdown crisis.Krishna Menon, Chief Revenue Office of The Q India commented, “As a reminder to shareholders, the long term strategy for The Q India was threefold: i) to build the top and most popular Hindi language channel featuring India’s top digital and social stars focused on Young Indians (’20 to 30 year olds’); ii) to build pan Indian distribution across all content platforms including television; and iii) with elements i) and ii) of the strategy successfully implemented, to monetize via ad sales and sponsorships which activity began this quarter (Q1 2020). We became officially rated by India’s official Broadcast Audience Research Council (BARC) earlier this quarter and we can now support full monetization of our television viewership. We hope to bring some joy and fun to the lives of our viewers during this difficult period for India and the world.”QYOU Media’s CEO, Curt Marvis, stated, “We believe the rise in the trading volumes of QYOU Media shares is in part driven by the growing global focus on media companies that are delivering video content to consumers during this time of extreme lockdown provisions. There is no undisclosed material information to report. We intend to continue to take advantage of opportunities to provide some entertainment and relief to people who are forced to stay at home during these challenging times.”About QYOU Media Inc.QYOU Media is a growing global media company powered by creators and influencers. We curate, package and market premium content from leading digital video creators for multiscreen & multi platform distribution. Founded and created by industry veterans from Lionsgate, MTV and Disney, QYOU Media’s millennial and Gen Z-focused products include linear television networks, genre-based series, influencer marketing campaigns, mobile apps, and video-on-demand formats. QYOU Media content reaches more than 500 million consumers around the world. Experience our work at www.qyoumedia.com.Forward-Looking StatementsThis press release may contain “forward-looking information” and “forward-looking statements” within the meaning of applicable securities laws, including, without limitation, the Company’s future plans and anticipated results, the strengthening of the Company’s position in India, growth in the influencer marketing segments of the Company’s business, and new strategic partnerships All information contained herein that is not clearly historical in nature may constitute forward-looking information. Forward-looking statements are necessarily based upon a number of estimates and assumptions that, although considered reasonable by management, are inherently subject to significant business, economic and competitive risks, uncertainties and contingencies that may cause actual financial results, performance or achievements to be materially different from the estimated future results, performance or achievements expressed or implied by those forward-looking statements and the forward-looking statements are not guarantees of future performance. Additional risks and uncertainties regarding QYOU Media are described in its publicly available disclosure documents, filed by QYOU Media on SEDAR at www.sedar.com except as updated herein. The forward-looking statements contained in this news release represent QYOU Media’s expectations as of the date of this news release, or as of the date they are otherwise stated to be made, and subsequent events may cause these expectations to change. Except as required by law, QYOU Media undertakes no obligation to publicly update or revise any forward-looking statements, whether as a result of new information, future events or otherwise, except as may be required by law. Readers are cautioned not to put undue reliance on these forward-looking statements.Neither the TSX Venture Exchange nor its Regulation Services Provider (as that term is defined in the policies of the TSX Venture Exchange) accepts responsibility for the adequacy or accuracy of this release.ContactsJeff Walker,
Investor Relations for QYOU Media
+1 403 221 0915
[email protected]
CBJ Newsmakers 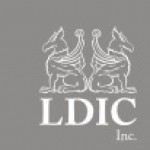 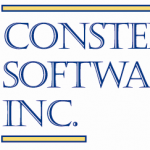