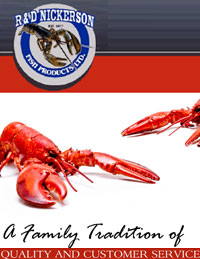 Things have come a long way. The company is still in Nova Scotia, and is family owned and operated, but things have changed over the years. In the ‘80s the brothers saw how the salt fish industry was not as lucrative as it used to be, so the business plan had to follow suit and change with the times. The company made a strategic move to ship lobster worldwide as part of the Live Lobster industry.

Looking after customers and culture In a sad time for the company, Robin Nickerson passed away after a battle with cancer at the age of 41 in 1986. This meant that the company saw a management shift, and although still in the family, R&D Nickerson is now run by David, his wife Sandra, who is secretary for the company, and Tyler Nickerson, the couple’s son and CEO. Tyler Nickerson takes care of the numbers side of things – giving quotes, knowing market information, and making purchases.

The company also boasts a strong sales team and administrators who are happy to provide customers with the same service they’ve always brought to the table – since the salt fish beginnings in 1977.

According to the company website, customers are always number one: “Too many companies think of their success only and forget very easily where it originated from – their customers”. The company also believes not only in building a business relationship with their customers but also “getting to know them personally”.

The right food safety commitment
R&D Nickerson is QMP certified, and that is something the company can surely be proud of. The Quality Management Program (QMP) is a regulatorybased system requiring that all Canadian federally registered fish processing plants in Canada “develop and implement an in-plant quality control program” – which R&D has done successfully.

The QMP was established in 1992 and was the first mandatory food inspection program in the world that is based on HACCP principles. According to the QMP website, Canadian Fish Inspection Regulations demand that establishments processing fish and seafood in Canada for export (or inter-provincial trade) must be registered with the government. Any company involved in fish procession is mandated to develop a QMP plan of their own, following the QMP Reference Standard, submit it to the CFIA for review, and then apply it to their operations once approved. According to the CFIA:

The QMP uses the principles of “HACCP” (Hazard Analysis Critical Control Point), an internationally recognized system for ensuring safe food production, to provide a high level of assurance that fish and seafood products produced in Canada are safe and wholesome to eat.

The QMP also deals with issues other than safety, including federal regulatory and fish quality requirements. The QMP is crucial for Canada’s lively fish processing industry, because according to the CFIA “almost 90 per cent of the fish and seafood products produced in Canada are exported to foreign countries”. R&D Nickerson, being a big player in the industry, has taken their commitment to safety seriously by being QMP certified. This is just another reason for their tremendous success.

The Maritimes and beyond
R&D Nickerson has operated locally for 30 years and therefore has developed unparalleled relationships with local fisherman and lobster dealers. The company has also stepped up their business by managing their own trucking company (Autumn Transport Ltd.) and can therefore take advantage of airports in Halifax
but also the eastern US.

In short, R&D Nickerson has boosted their business to the next level of lobster export. According to Nickerson, “from 1998 until present day we’ve just continued to perfect what we do as a lobster procurer and exporter”. It is because of their expanded reach that R&D can offer customers more flight options and better timing. R&D has secured local fishing licenses and vessels, and owns district 34 lobster licences and boats – see the attached map for lobster districts.

R&D has grown from a $6 million company in 1986, to $20 million in 2006. Nickerson says that 90 per cent of the company’s business comes from the lobster export side, while a subsidiary company still works with fish processing. They have operated with sounds business sense, and taken advantage of all resources available to them to make success happen.

The company maintains that they are always on “the leading edge of breaking technologies” available in the live lobster industry, including continuous upgrades of their facilities – setting the bar for having the latest live lobster cold storage systems. This includes tote and spray systems, crate systems, tube and tray systems. R&D currently have seven segregated cold storage tanks which allows the company to use their space to the best of their capacity, and secure more
product for their customers.

Nickerson says that R&D’s short-term goals are “to be profitable and to maintain a solid existence and be a solid player and exporter of live lobster in Atlantic Canada” He adds that in the longer term, the company would like to secure more live lobster harvest licenses and even “perhaps get into the cook side of lobster”. 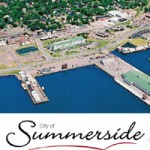 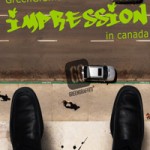