EDMONTON, Alberta, June 11, 2020 (GLOBE NEWSWIRE) — Radient Technologies Inc. (“Radient” or the “Company”) (TSX Venture: RTI; OTCQX: RDDTF), a global commercial manufacturer of high quality cannabinoid-based ingredients, formulations and products, announces that its recently launched bioU branded products are now available through Medical Cannabis by Shoppers, a subsidiary of Shoppers Drug Mart Inc.
The bioU brand was created exclusively for Medical Cannabis by Shoppers and is now available across Canada. bioU products have been scientifically designed by Radient to provide a high quality, consistent, broad spectrum oil formulations to medical users. The first series of products to launch is the USpray line of extracts which come in a convenient, precise dosage oral spray format. A CBD dominate (1:20 ratio of THC:CBD) and balanced formulation (1:1 ratio of THC:CBD) are now available, with a THC dominate formula (30:1 ratio of THC:CBD) expected shortly.The Company has also received the approval from the TSX Venture Exchange (the “TSXV”) for a series of shares for debt agreements with various of its creditors, which was previously announced in a press release dated May 8, 2020 under the terms and conditions noted below.The Company has issued 6,716,252 units to a number of third-party creditors in exchange for the settlement of $1,108,182 owed by the Company to such creditors. Each unit has a deemed value of $0.165 per unit and each unit includes one share and one-half of one common share purchase warrant. Each whole warrant will have a term of 24 months and will be exercisable at $0.30 for one Radient common share.The Company has also issued 382,691 common shares to a third-party creditor in exchange for the settlement of $63,144 owed by the Company to such creditor. Additionally, the Company has issued 841,585 common shares to certain officers and directors in exchange for the settlement of $138,861 owed by the Company to such individuals. The Radient shares issued under these agreements have a deemed value of $0.165 per share.Securities issued under the above arrangements are subject to a 4 month statutory hold period.Shares for Services:
CBJ Newsmakers 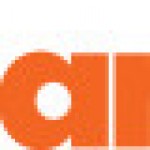